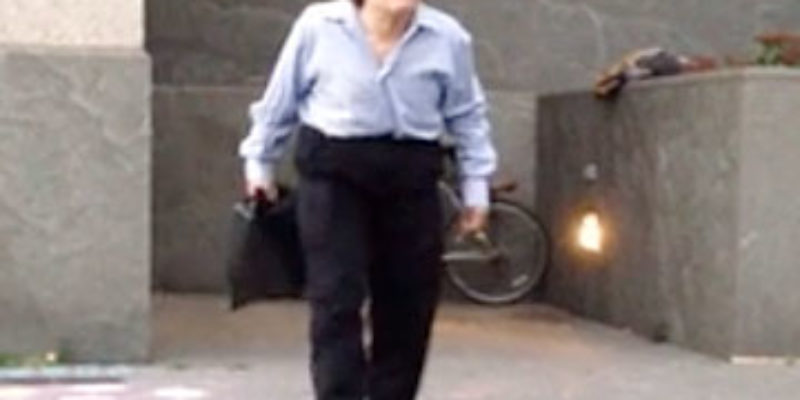 There’s some kinda salty language in this clip.

And some kinda awful trumpet playing.

But what else there is, there’s a hobbit in it. Or a gnome. Maybe he’s a goblin. I dunno – I gotta brush up on my Lord Of The Rings. He kinda looks like my cousin T-Rod, except T-Rod is hairier. And doesn’t sound like Woody Allen on Krocodil. And T-Rod definitely didn’t go to NYU Film School And The School Of Visual Arts.

Which this little fella is pretty proud of havin’ done.

He kinda seems like a Jewish leprechaun. Do they have those?

From the comments – I kinda liked this one:

“In 1975, I walked Bob Dylan up on stage!” – things you never want to say to try to prove your critical credentials.

And this one was solid…

But then again, this happened in New York. Which is a city full o’ critics.