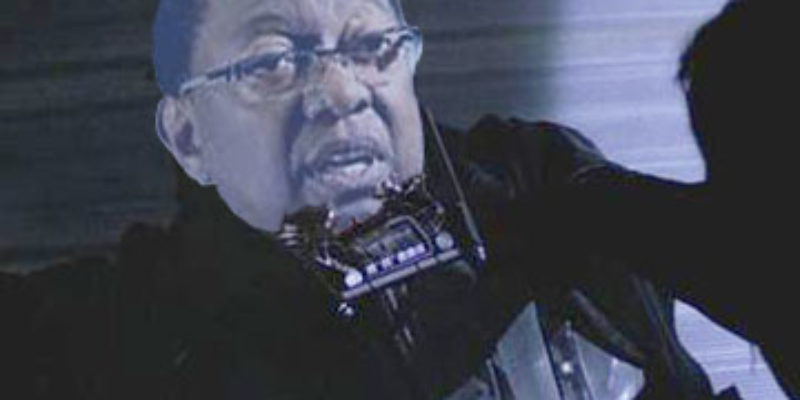 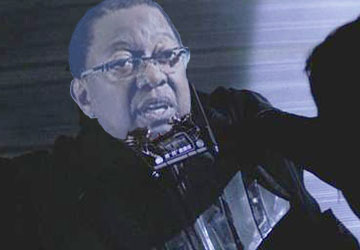 The people working to incorporate the city of St. George in the southern environs of Baton Rouge are reportedly making headway in their goal of 18,000 signatures on the incorporation petition (word we got was that while no official numbers are available yet there a few thousand names on the petition and the effort to build a volunteer army to elicit those signatures is really just beginning), and this fact isn’t going unnoticed by the Powers That Be in downtown Baton Rouge.

A number of interesting developments hit this week.

First, we’re hearing that mayor-president Kip Holden and his minions – and most specifically Metro Councilwoman C. Denise Marcelle, whose reputation as a one-woman ethical disaster zone and laughingstock (it was Marcelle who had the brilliant idea to use city-parish funds to have a “key to the city” of Baton Rouge made in order to honor rapper and child rapist R. Kelly with it in the name of “economic development”, and it was Marcelle who literally screwed over the taxpayers in Baton Rouge by engaging in some electoral shenanigans to get the CATS tax passed last year) – are out attempting to strong-arm several South Baton Rouge retail property owners into agreeing to annexation by the city – specifically the L’Auberge casino, Towne Center and the Mall of Louisiana. It was never important to add these retail areas, which contribute a sizable chunk of the city-parish’s tax base, to the city’s land area before, but now that there is the potential of a St. George and those properties could be part of it – the casino and the Mall are particularly massive money generators for whichever local government ends up with them – they’ve become a priority.

None of those properties are in Marcelle’s district, and custom on the Baton Rouge Metro Council is that it is HIGHLY irregular and very much frowned upon for a Metro Council member to be meddling in the affairs of another member’s district. What we heard was that Marcelle’s efforts at lobbying the owners of some of these properties, which may have involved the playing of the race card, have just about touched off a war on the council – but if that’s the case it’s unlikely (though not impossible) that we would see a public manifestation of it.

Also this week is a rumor of discussions between individuals in the city-parish government and the Department of Justice about the options for dragging the latter into the St. George incorporation battle. What specifically those would look like is unknown as yet, but given DOJ’s recent involvements in Louisiana we know that the banks of reason and common sense are easily spilled by DOJ’s goons these days.

Meanwhile, Holden has been busy poo-poohing the prospects of St. George’s incorporation and most of all attacking the ability of the potential new city to provide the services a local government would expect. And earlier today Holden was at a civic meeting in the Jones Creek area (which would be part of St. George) to push that message – but he ran into a not-so-friendly audience, including some of the St. George activists who refuted all of his points. He said, for example, St. George would have to build its own police force, and that’s not true; the East Baton Rouge Sheriff’s Office provides law enforcement in the area that will be St. George already; not much needs to change, and he also said that St. George wouldn’t be able to handle garbage pickups, which drew laughs in the room when it was pointed out to him that there are private companies available for hire who commonly perform such services. We’re told it got so rocky for the mayor that he was whisked away by staffers before the scheduled end of his speaking engagement.

And tonight there was a meeting at the Bluebonnet Library sponsored by a curious organization calling itself One Community, One School District which surfaced earlier this year amid the legislative fight to create an independent school district in the southeastern part of the parish which ultimately led to the push to incorporate St. George. The One Community crowd’s leader is Belinda Davis, a rather activist left-wing poli sci professor at LSU who doesn’t live in what will be St. George, and the group is largely made of up parents of kids in the East Baton Rouge Parish School System’s magnet schools (and like Davis, few of them live in St. George).

Davis’ presentation was a litany of horribles she says will occur should St. George incorporate, the meatiest of which being that schools located in the new city have space for about 5,000 students and there are some 10,000 students living in the area the new city would encompass. While this would be true at least on a temporary basis before brand-spanking new schools would be built to alleviate that issue (or perhaps it would be alleviated by simply offering school vouchers to families in St. George), it would seem that’s a terrible indictment of how the city-parish government has treated its southern taxpayers and a strong indication of why the folks in St. George would want to go out on their own.

But this wouldn’t even be a problem upon St. George’s inception based on another clump of mud Davis threw against the wall…

Leaders of the One Community, One School District group also worked through a series of “myths and facts” regarding the petition drive in the southern part of the parish to form a city of St. George.

One myth, said Davis, is if the city is created, an accompanying school district would automatically be formed without going back to the state Legislature for a constitutional amendment. That’s not true, according to information from the Louisiana Department of Education, she said.

To the extent that’s true, it would give St. George time to alleviate the concern about classroom space by starting construction on new schools and then getting the constitutional amendment passed in order to fill them with Davis’ orphan students.

“They are carving out a section of town that is wealthier and whiter than the district they leave behind,” Davis said.

Davis was joined earlier in the day by Holden’s chief administrative officer William Daniel in attempting to paint the St. George people in an unflattering light…

“Now that the city has supported them for years and years, they want to take that and break off,” Daniel said. “This parish has had unprecedented economic success since Mayor Holden has been in office because we’ve all pulled together. This is divisive.”

St. George’s spokesman Lionel Rainey batted that one out of the park, of course – it’s almost like he was prepared for it…

“If you have a good school system, you don’t need a magnet program,” he said. “To me, whenever they scream racism it means they have no argument left.”

Indeed. The opposition to St. George has been nothing if not predictable in whining that it’s nothing more than an attempt to exclude black people. What isn’t mentioned, of course, is that the same people have done everything they could to exclude the people in St. George from decisions on things like taxation or the growth of government – the CATS tax last year and the last round of Holden’s failed bond issues were classic examples, in which taxing districts were created for the express purpose of keeping St. George residents away from the polls and jury-rigging the electorate so that it would favor higher taxes. Since Holden and his gang decided to treat St. George as though it wasn’t really part of the parish it’s peculiar that all of a sudden when the people in St. George are acting accordingly they’ve got to be called racists.

And Daniel’s claim that the city has supported St. George for years and years is a breathtaking one, given that St. George contributes some two-thirds of the parish’s tax base and gets one-third of the expense in return; if anything is true it’s the opposite of what he’s saying. Others might also take issue with the claim of “unprecedented economic success” of the Holden administration, given that the parish’s population is stagnant and its demographics are suffering at the hands of neighboring locales with less crime and better schools – which is incidentally one argument the St. George folks are making on behalf of incorporation. That case amounts to this: that a St. George freed of the corruption and regulatory morass of the current city-parish will serve as an economic beacon which actually drives growth in East Baton Rouge Parish that will otherwise occur in Livingston or Ascension.

But those arguments will need to be developed and sharpened, because the St. George fight is heating up. And Holden, despite his dismissive rhetoric, will bring out every gun in his arsenal

Interested in more news from Louisiana? We've got you covered! See More Louisiana News
Previous Article SADOW: It’s Going To Take A Lot Of Political Will To Get Rid Of Unneeded Judgeships
Next Article It’s Lawsuit Abuse Awareness Week – Are You Part of the Problem or Part of the Solution?