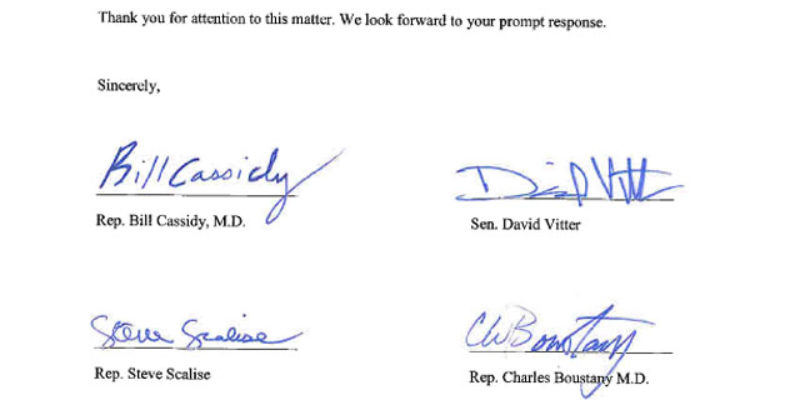 Today, Congressman Bill Cassidy, M.D. (R-LA) sent a letter with Sen. David Vitter and Reps. Steve Scalise, John Fleming and Charles Boustany to Health and Human Services Secretary Kathleen Sebelius.  The letter insists that Secretary Sebelius answer whether HealthCare.gov was tested before its launch and how many Louisianans and Americans have enrolled into Obamacare.

“Louisiana families would like to know why this site, costing millions upon millions of tax dollars, doesn’t work.  This is the minimum level of transparency that should be given.  It’s not too much to ask for,” said Congressman Bill Cassidy M.D.

Senator David Vitter added, “The Administration needs to quit hiding behind obtuse excuses about the Obamacare roll out and own what they’re forcing Louisianians to use. Folks are forced to accept skyrocketing insurance costs, loss of employer coverage, and could get fined for not purchasing Obamacare because the Administration can’t get the enrollment website working.”

“President Obama’s health care website is not a glitch, it is a $500+ million national embarrassment and top agency officials should be held accountable for this failure that they had three years to prepare for.   Louisiana families deserve and demand transparency from the President into the cause of the Obamacare train wreck, and I look forward to the Administration’s swift response to these critical questions,” said Congressman Steve Scalise.

“If the CEO of a major company had three-and-a-half years to prepare for the launch of the company’s signature product, and it launched with a resounding thud, that CEO would surely be fired. Secretary Sebelius must explain how hundreds of millions of taxpayer dollars could be spent on a website that is an utter failure, and possibly even a security risk. She had to know that benchmarks were not met and that the launch would not go well. Before the administration pours millions more into the bottomless pit of its so-called tech surge, the Secretary needs to face the American people and explain how and why this mess happened,” said Congressman John Fleming M.D.

Here’s a copy of the letter… 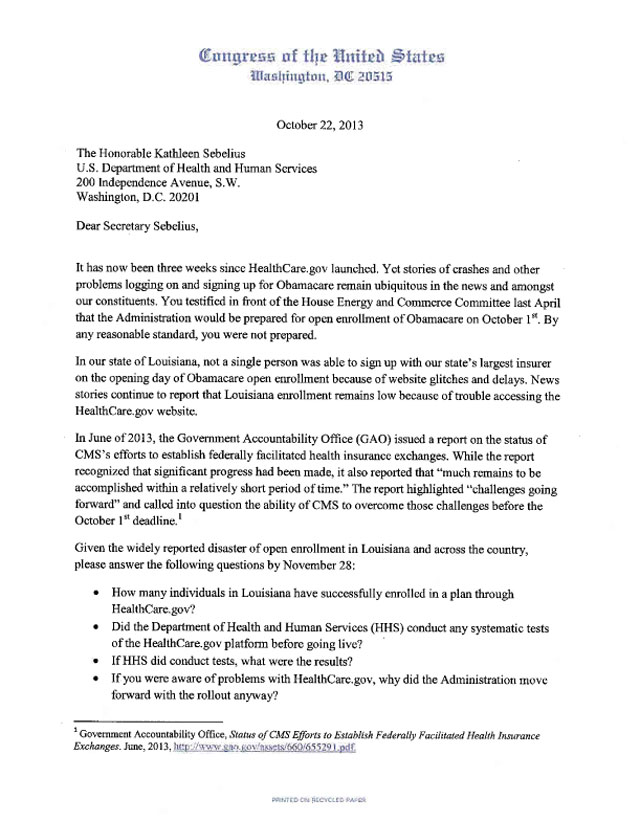 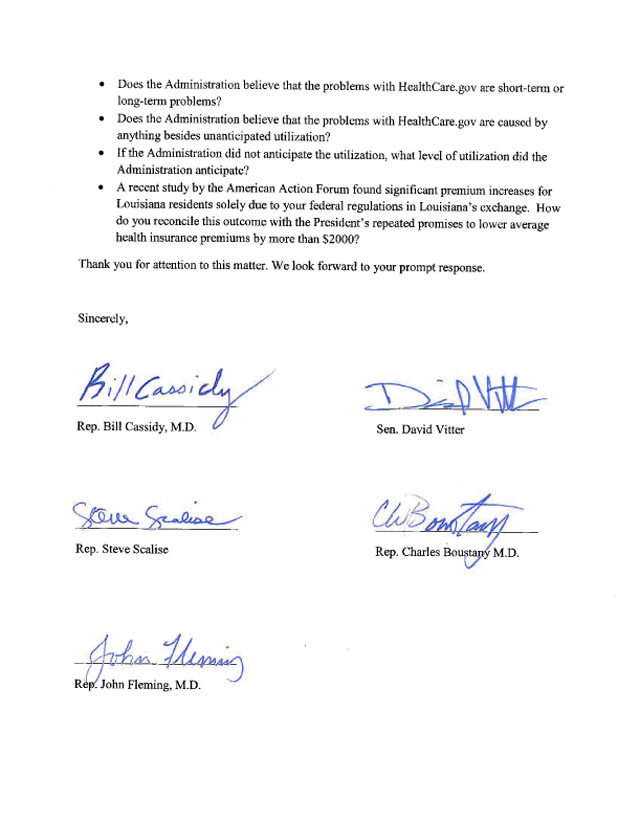 When Sebelius gives her House testimony next week it’s going to be some epic political theater. Republicans on Capitol Hill are going to be looking for some scalps as a result of the scandalous rollout of this program, but given that nobody got fired at a high level for Fast and Furious, Benghazi or the IRS or NSA scandals, for example, it’s a decent bet that the president will stand behind her.

Get ready. And have some popcorn handy.