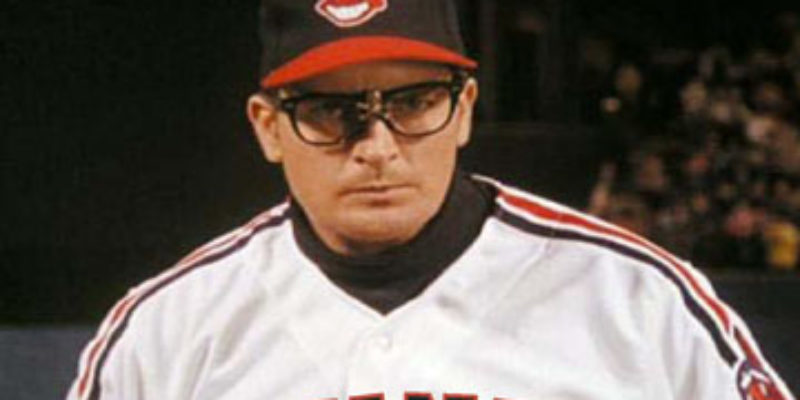 So now we’ve got this, which is as predictable as Arctic weather in January…

Said a senior administration official: “We are winning…It doesn’t really matter to us” how long the shutdown lasts “because what matters is the end result.”

Who was this senior administration official? Was it this guy?

Is that the kind of #winning they’re talking about?

WaPo was less than inspired…

But while “we’re winning” is definitely quotable, it’s not the most pivotal part of the quote. Instead, Republicans will (or would be wise to) focus on the latter part of the quote in which the official says it “doesn’t really matter to us” how long the shutdown lasts.

Because of course this is about winning and getting what you want — and the GOP has said much the same thing. Sen. Rand Paul (R-Ky.) said on a hot mike with Senate Majority Leader Mitch McConnell (R-Ky.) on Thursday: “We’re going to win this, I think.”

What’s potentially more damaging is when the official says that the length of the shutdown doesn’t matter. That’s when we leave the realm of gamesmanship and get into the realm of insensitivity — particularly given many federal workers have been furloughed, and Americans have been otherwise affected by the shutdown.

Republicans will use the latter part of the quote to cast the White House as uncaring — which is a better line of attack than simply that they want to “win” this debate.

That’s why White House press secretary Jay Carney was quick to separate the White House from that part of the quote, tweeting Friday that he “disavows” the idea.

Air Force will play Saturday at Navy, averting a possible cancellation of the football rivalry game resulting from the government shutdown.

Navy’s official website announced the news, saying approval was handed down from the Department of Defense to play the sold-out game. Navy spokesman Cmdr. John Schofield was one of two officials to confirm the news to the Annapolis-based Capital Gazette. Air Force could not offer official confirmation late Wednesday, but at least one player expressed relief on social media.

Thousands of Americans flock to Normandy each year to see the beaches and sharp cliff-faces where Allied soldiers made their first entry into Nazi-occupied France during a massive invasion on June 6, 1944, known as D-Day.

A year from the invasion’s 70th anniversary, many came especially to visit the Normandy American Cemetery and Memorial, known for its pristine rows of white crosses, only to discover that its gates were chained shut.

“Due to the U.S. Government shut-down this site is closed to the public,” read a sign on the gate. Dozens of roses had been strewn underneath by visitors.

Rep. Steve Stockman (R-Texas) put this out on Facebook in response to the Obama administration’s 21st century version of the Atlantic Wall…

The White House has ordered Normandy cemetery barricaded to vets. This is the first time ever in 17 shutdowns.

We have a constituent who can’t visit the graves of the men he dropped into Normandy with because Obama ordered barricades around it.

But don’t worry about Obama. White House has ordered his military golf course to say open.

The fences/barricades were not wired shut when I was here on Tuesday. pic.twitter.com/mMV6TsqGt7

And a fight is brewing in Wisconsin, where Gov. Scott Walker is throwing rotten tomatoes at the local performance of #ShutdownTheater…

The state Department of Natural Resources on Wednesday refused a directive from the National Park Service to close a host of popular state properties because of the federal government shutdown.

The park service ordered state officials to close the northern unit of the Kettle Moraine, Devil’s Lake, and Interstate state parks and the state-owned portion of the Horicon Marsh, but state authorities rebuffed the request because the lion’s share of the funding came from state, not federal coffers.

State officials opted to keep public lands open as Gov. Scott Walker blamed both Republicans and Democrats for the partial government shutdown and said congressional leaders should run the nation more like Wisconsin. Democrats balked at those comments, saying the Republican governor has had a tumultuous tenure that has divided people.

Even though federal lands such as the Apostle Islands National Lakeshore have been shuttered, the DNR issued a statement saying all state parks, trails and other recreational properties were open and not affected by the federal government’s budget problems.

How is all this playing out with the public? Clark at Popehat…

I leaned across the counter and told the clerk that if he didn’t want to accept US dollars – what with the apocalypse and all – I was willing to trade him salted beef, but he looked uncomfortable and said that his manager would prefer it if I used plastic.

I bought five crossbows – trade goods – and their entire stock of bolts. I also picked up another water filter (20% off sale!).

After that I stopped by the hardware store where I bought 10 jerry cans, and then filled them at the gas station. That should keep the generator running until I can figure out how to set up a still and find a supply of pig shit. My credit card is getting maxed out, but if this government budget impasse lasts another few days the entire financial system will be in ruins anyway, so what do I care?

Thinking of the generator made me realize that I’d need light bulbs, so I stopped at a Target on the way home.

I looked for 100 watt incandescent light bulbs, but the shelf where they used to be was bare. I found a clerk. He was just 17 or so, and too dumb to realize that he should be escaping the chaos with a boy scout troop up in the hills instead of working in the doomed wreckage of civilization.

He shook his head sadly. “No, there are no 100 watt incandescent bulbs.”

“Yeah, you know. Because of the government.”

I clapped my hand on his pimply shoulder in silent solidarity.

May God protect us all. 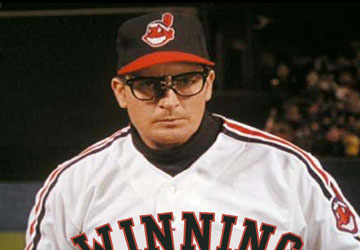