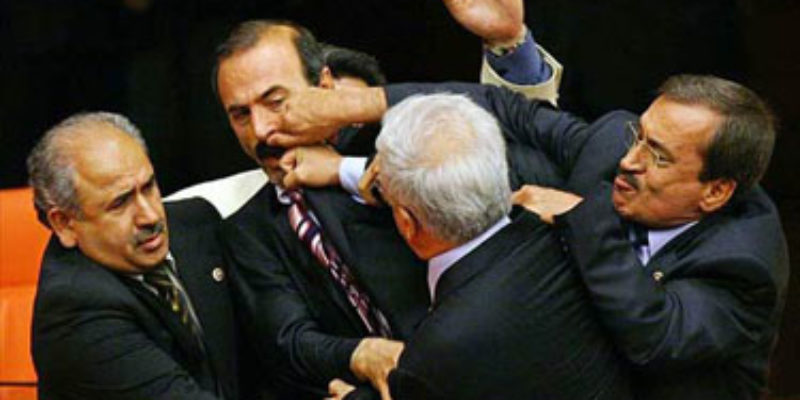 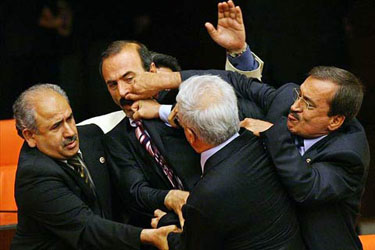 With government allegedly at a standstill the rubber gummed hucksters are spreading their rhetoric like fresh slop in a pig-pen. The politicos are talking about funding the government and whether for or against ObamaCare, they swear on their ancestors’ hallowed graves they don’t want to jeopardize the world’s “full faith and trust” in the American economy.

Yeah. I said decades. This mess didn’t start with Beaurat Obama. He’s merely the afterbirth delivered from the unholy coital confluence romantically idealistic Socialist/Moralistic Progressivism and American Democratic Republicanism has produced. Obama’s solely emblematic of this abortive electoral fiasco we suffer now. Every prior administration had its highs and lows; even Reagan. No prior administration since Teddy Roosevelt can be absolved of its responsibility in the slow dismantling of the Constitution and Bill of Rights in this country. No one party is to blame. And unfortunately, the American people must assume as much blame as any other entity involved in this debacle.

As there’s no precious metal, petroleum product or dedicated/accepted substance on which we may base our monetary/economic system; we must place our “full faith and trust” in the reputation of a government manned by individuals noted for being avaricious, self-centered and self-aggrandizing. They hold delusions of imperial majesty rivaling the European renaissance monarchies. These clowns must believe they understand what’s best for us because they’re selected by divine providence. Election cycles are the penance they do for the chance to get more powerful.

Unlike Pope Alexander III we can’t scourge (whip) them as he had done to Henry II in punishment for causing Thomas Becket’s death. The federal government, as created by the congress of the United States has been constructed as a bulwark against the people. This government is so extensive as to appear a fortress with arcane rituals, rights and regulations distancing the citizenry from any REAL participation in the direction of government. The virtual moat separating the electorate from the elected is stouter and in many ways more foreboding than the barriers once presented at Mount St. Michel in France. (The high tide protects it much of the day and a series of concentric walls barrier the fortress solidly against attacks and siege.

Each new day presents us with the chance to witness self-consumed, self-indulgent anile and inept political absurdists trying to convince us they operate in our best interests. Where else but in American government can resident schlemiels, such as we have, claim they alone (individually or in concert as a political party) have the answers to this nation’s economic dilemmas?

Remember: our economic system is predicated on a series of theories offered by dead people no longer able to debate, and debunk or admit, the possibility of their own fallibility and the reliability of their economic theories. All others proclaim their eternal belief their chosen system must be allowed to continue until it proves itself in the marketplace. They always want “just a little more time… just a little more faith” in their systems’ infallibility and immutable logic.

The Democrats have attached their economic policies to John Maynard Keynes suggesting government can fix the mass unemployment generated by financial slumps by printing more money and injecting it into a flaccid economy. Or was F.A. Hayek correct when he said: “A claim for equality of material position can be met only by a government with totalitarian powers” and “It seems to me that socialists today can preserve their position in academic economics merely by the pretense that the differences are entirely moral questions about which science cannot decide”.

It seems such people as we have running the government believe themselves so intelligent they can settle arguments offered by the greatest minds exploring the realities of economic functions in the world in general and America in specificity. They base this theory of omnipotent educational eminence on having successfully passed ECON 101 in college. These people claim they can fix America’s economy by solidifying it in congressional “moron speech’ developed to keep us mystified.

Like our monetary system has nothing of substance backing our currency; our “leaders” have nothing backing our “full faith and trust” in them. Their reputations suck; and that’s what it’s all supposed to be based on.