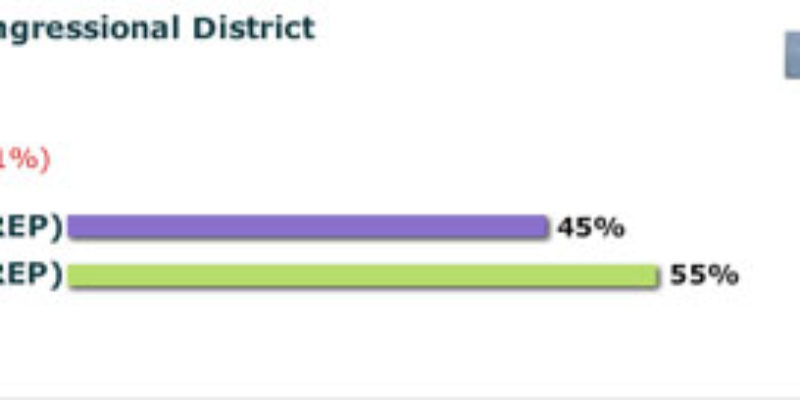 So far in the 5th District race, the closest thing to a defining issue is the suspicion/accusation/appearance that Neil Riser’s entry into the race, and the existence of the special election in the first place, originated with some sort of bargain made between Gov. Bobby Jindal, Riser and outgoing incumbent congressman Rodney Alexander whereby the latter would leave the House to work for the former and open up an easy election for Riser to slide through.

Griping about the presence of that supposed deal, which has been denied by everyone involved, played a role in holding Riser’s vote totals down to 32 percent in the 14-person primary.

But after last week’s statement by Riser’s runoff opponent Vance McAllister during a debate Friday that Louisiana should go along with the Obamacare Medicaid expansion, we have a new defining issue in the campaign. Riser’s campaign is debuting a new TV ad today which makes the point that based on McAllister’s statements a vote for the political newcomer is a vote for Obamacare.

What’s an interesting question is how all this plays.

Obamacare doesn’t poll well anywhere in Louisiana, and it doesn’t poll well in the 5th District. The question, though, is whether the Medicaid expansion will be seen as the same thing. From a policy standpoint it’s tantamount to the same thing, of course, as Medicaid expansion and state exchanges were key pieces of the program that Louisiana resisted (something that made Riser’s senate colleague Karen Carter Peterson accuse Obamacare detractors of being racists). So the tying together of McAllister’s support for Medicaid expansion with an endorsement of Obamacare – which is supported by some of the “we have to work to improve it since we can’t repeal it” rhetoric McAllister has offered up during the campaign is valid.

And if McAllister should win, you can bet the Left would jump on that victory as a referendum in favor of (1) the Medicaid expansion and, by extension, (2) Obamacare among Louisiana voters. Possibly not without reason, since by most other metrics there isn’t any difference between the two candidates in ideological terms.

McAllister’s strategy is clearly to run just to Riser’s left, in hopes that he can pick up the majority of the uncommitted vote from the left and the squishy middle in a race to 50 percent plus one. But without a Democrat in the runoff, the most likely conclusion – and one which is supported by the results of early voting in the race – is that the electorate for Saturday’s runoff will turn out to be significantly more conservative than it was in the primary. And it’s worth pointing out that even in the primary, Republican candidates got 68 percent of the vote and Democrats just 30 percent. Given that, it might be a reasonable conclusion that running to the left of Riser, while it might be McAllister’s best shot at winning, still isn’t a great strategy.

And so far, if early voting is an indication, it isn’t working for McAllister. With 88 percent of the early votes counted, the results…

It remains to be seen whether the early voting results are indicative of what it will look like on Saturday. But so far, it looks like the more conservative candidate is the one who’ll win – and Riser is that guy in this race.

UPDATED: We’re now told that the numbers that were up on the Secretary of State’s site, from which we got the above graphic, earlier today were only a test and weren’t real.

Take that as you will, but we noticed when looking through the parish-by-parish results and seeing where Riser was strong (a lot of the country parishes south of Monroe, for example) and where McAllister was basically at parity with him (Ouachita and Rapides Parishes, where he’d gotten the endorsement of Monroe mayor Jamie Mayo and PSC Commissioner Clyde Holloway) make us think that while the elections department might have been testing their system today they were using real early-vote numbers to do it.

It’s a hunch, and we think it’s right – but we can’t report it as fact. So evaluate that however you please.

UPDATE #2: Kyle Ardoin from the Secretary of State’s office called us this morning to categorically state that the numbers for the test of the reporting system are made-up and not real. So that ends that.

It’s not a particularly controversial concept that Saturday’s electorate will be more heavily Republican and conservative than it was in the primary now that no Democrats are on the ballot, though. And that would validate the original point made in this piece – which is that, contra John Maginnis’ observation yesterday that Democrats will get to decide the winner between two Republican candidates in a runoff thanks to the jungle primary system in this case, it might well be that the Republican who runs to the center insures defeat when conservatives dominate the electorate.

In a general sense, Maginnis is correct. Had there been a Republican primary in the 3rd District race last year, for example, it’s entirely possible – some would say likely – that Jeff Landry might have beaten Charles Boustany in that primary and won the election. We’ll know on Saturday whether that logic, as solid as it may be, will hold up in the 5th.