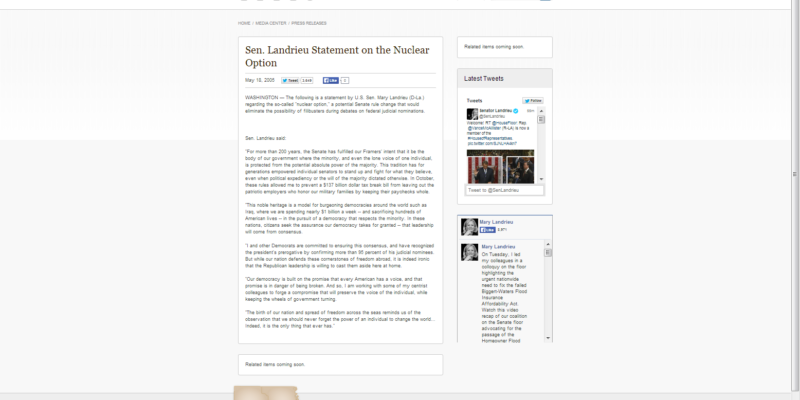 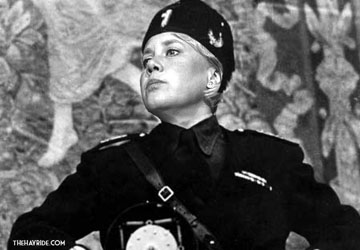 …which shows what a shamelessly unprincipled hack she is.

Understand that the vote to do away with well over 200 years of Senate tradition and eliminate the filibuster for presidential appointees was NOT a strict party-line vote. There were three Democrats who voted with the Republicans to save the filibuster – Carl Levin of Michigan, who is retiring, Joe Manchin of West Virginia, who strays from the reservation just enough to keep his reddening state from despising him, and Mark Pryor of Arkansas – who is under the gun for re-election next year and is in self-preservation mode.

But Landrieu was with Harry Reid in this rather fascistic endeavor. She was with the idea of trampling all over the rights of the Senate minority and trashing the deliberative character of that body. Instead, the Senate has gone a long way toward becoming just another version of the House of Representatives – a transition expressly forbidden by the Framers of the Constitution.

This was intended to be a check on the growth of the federal government. Senators, whose re-election depended on the goodwill of the legislature back home, had to weigh the interests of those legislatures before voting for some vast increase in federal power – which would inevitably come at the expense of state power.

It was a good balance, though not perfect. Political machines in the states often sent hacks to the U.S. Senate, and yes – corruption was not unknown.

And part of the Senate the Framers left us – though not written into the Constitution – was the filibuster, a tool whereby a minority in the body would be able to delay potentially destructive legislation or egregious appointments.

All sides agreed the filibuster should be preserved as a speed bump against a tyrannical majority. That agreement died today when Reid rammed through its destruction.

There is hypocrisy here, on both sides. In 2005 Republicans considered a “nuclear option” to stop Democrat filibusters of Bush administration appointments. That nuclear option was never acted upon, but it was considered. 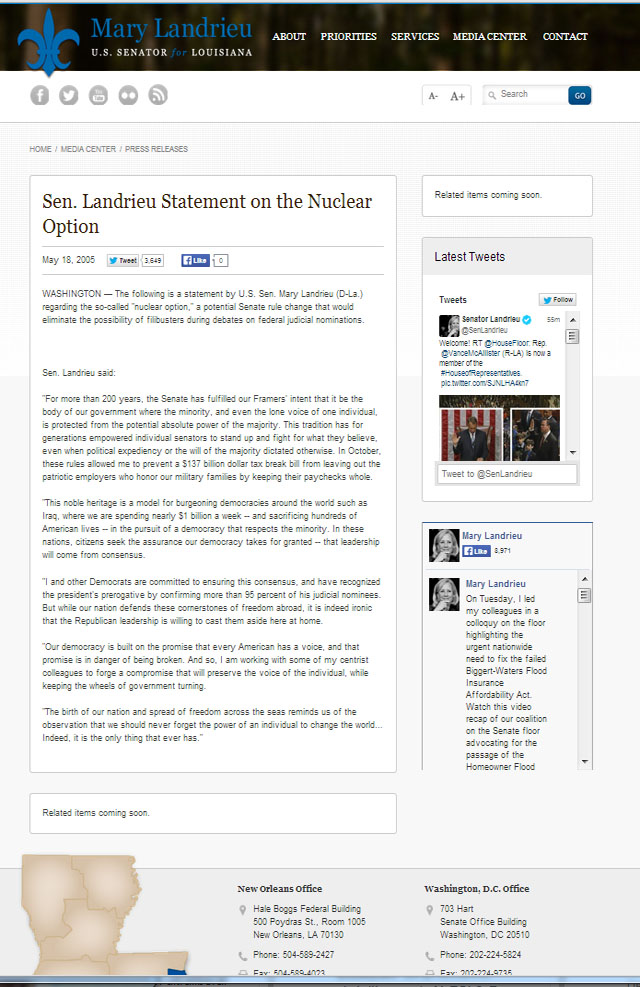 She’s an embarrassment to the state, a rank hypocrite of the first order, a shameless party hack in the service of the worst majority leader the Senate has ever had and a cancer on our body politic which cannot be removed quickly enough.

Whatever it takes to get rid of Mary Landrieu must be done. She proved that today.