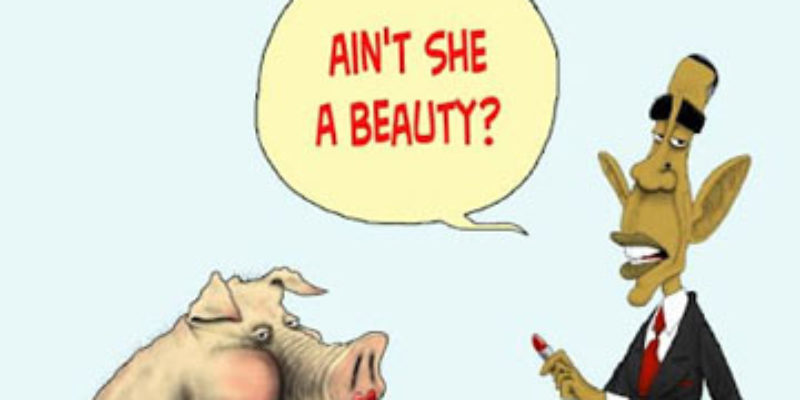 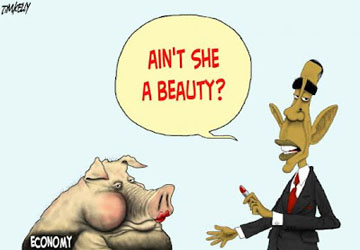 In a copyrighted story first published in CNS News, Susan Jones quoted Beaurat Obama’s contention the Affordable Care Act debacle aka ObamaCare needs repair. He’s quoted as saying: “We are going to have to … fix the website so everybody feels confident about that. We’re going to have to, obviously, re-market and re-brand, and that will be challenging in this political environment.”

We believe it difficult to successfully “re-brand” this political farce. But, if we must “re-brand” we suggest using a white-hot branding iron to emblazon a spectacular letter “I” representing what this legislation denotes in reality: Incompetence. Then we should stick it firmly to his forehead so he can appreciate “re-branding” might not be a good way to express himself. (Be careful, you might just get what you ask for.) It’s a tribute to the man’s dysfunctional thought processes he’d immediately use his past performance to push forward his future display of incompetence. Hopefully Americans won’t blindly accept everything this idiot says, again. There’s time for the middle-class to understand how this will adversely affect them soon enough and before the next elections.

But, he wants to return to the practice of putting lip-stick on this pig (Affordable Care Act or ACA). He hopes we’ll appreciate its cousins supply us with sustenance in the form of pork and bacon. (Ask Mary Landrieu about pork.) Putting lipstick on the pig doesn’t change the fact it’s still a pig. America’s been victimized by Mad Men’s pursuit of government through better allusions and vast illusions making people demand compliance with the progenitor’s delusions.

This is the power of Advertising. This is the power of Marketing. It requires no honesty. Its job is selling something whether it good for you, or not. The goal is to sell the product. It doesn’t have to work. You must simply sell it and the job is done. The problem comes in when you want to sell your next product.

But there are “Truth in Advertising” Laws in place now; though there’s NO such thing in politics. Politicians can say whatever they want until they finally get caught (like now).

When the American public understands how badly misrepresented the product was when it was sold, it refuses to buy the second generation of that product, or the next product brought forward by the same company. The Democrats are beginning to see this light dawning in the eyes of the constituents they fleeced with promises of “if you like your coverage, you can keep your coverage. PERIOD!” And the associated lie concerning keeping your doctor is well remembered. The ACA is antagonistic to the business side of the medical profession.

But what the hell! Advertising and Marketing have worked in the development of the New World Order before. It worked for Hitler. It worked for Mussolini. Why stop now when you’ve proven it can work in America? After all, the fools we regularly re-elect voted the pig (ACA) into law. Now it’s proving impossible to enact as a function of government. The ACA is socialized medicine and as such is failing because of socialism’s refusal to consult those most involved in the issue: the capitalist Insurance Industry.

It’s a requirement of modern Marxism that practitioners follow the Alinsky model of disinformation. Disinformation is intentionally false or inaccurate information spread deliberately. It’s an act of deception and false statements to convince someone of untruth. Disinformation is seemingly truthful, relevant and based on unbiased facts. In fact it was fabricated to mislead in order to attain fraudulent political objectives. Obama pioneered using social media to advance his presidential campaigns and other political objectives. The information explosion has been continuously shadowed by an almost equally powerful disinformation explosion, especially on the internet. The internet costs billions of dollars less than standard, partisan campaign marketing and advertising.

With this known and becoming more understood by the people; we’d like to see him slap a fresh coat of make-up on this pig. Go ahead Bunkie, pretty up that pig.

There are a bunch of us preparing for the next luau. You and your porcine date will be the guests of honor.