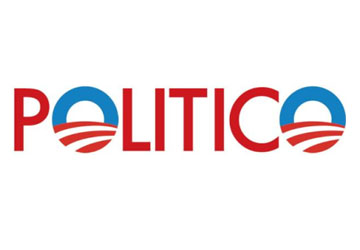 For some reason, people seem to think POLITICO is a more serious news outfit than, say, Slate or the Daily Kos. Or the Baton Rouge Advocate. Why that is, beats me. Maybe it’s cuz it’s supposed to be the inside word outta DC. Like I said, beats me.

They put that piece out like two hours after Alan Seabaugh, who’s a conservative some people thought was gonna get into the race and who some of the big conservative organizations were tryin’ to convince to get in, went an’ endorsed Cassidy.

Can’t do much about the timing of that, right? Oh, well.

Anyways, POLITICO had all the usual stuff – Landrieu’s raisin’ more money than Cassidy is, there’s a Rob Maness in the race and there’s polls that say Mary’s got a lil’ lead.

And the whole “Cassidy has to get conservatives behind him if he wants to win” thing is pretty much a known deal. Maybe folks who don’t know anythin’ about the race need to hear it, but it’s a pretty big “You don’t say!” for everybody ’round here.

So what do you do? You call this guy and axe him what he thinks…

“The reason he’s having trouble with the right wing is that they know he’s really — in his heart of hearts — not one of them,” said Bob Mann, the former communications director for Democratic Sen. John Breaux and Gov. Kathleen Blanco. “Too many people around Baton Rouge, at least, know him as a fairly moderate Democrat who tacked hard right when he got into politics.”

They also talked to Rob Maness and John Fleming – one guy who’s in the race and another guy who wanted to be. And they tried to talk to Cassidy, though – amazingly enough – Cassidy wasn’t all that fired up to talk to ’em.

Bob Mann was the only cat they talked to who isn’t personally involved in the race. I’d say “objective” except that doesn’t even work with scare-quotes. Bob Mann would suck farts outta used-car seats to get Mary re-elected. She’s his ol’ boss, y’know – he used to work for her campaigns before he got that hifalutin gig at LSU.

How come they didn’t call somebody who’s a conservative in this state without a particular dog in the fight?

I mean – I get that they didn’t call me. Nobody calls us nutria to find out what we think about politics. It hurts, yeah, but I’m used to it. But they coulda called MacAoidh and axed him. He writes stuff about this race all the time – in fact, he writes stuff all the time about the exact thing this POLITICO thing is about; namely, that Cassidy needs to have a big romance with conservatives in the state because that’s how he can beat Mary. Hell, they didn’t even need to call him; just do a Google search about the race and his stuff comes up on the first page.

Instead they just go to the lefty they have on speed dial, and Lord Bob gets more time to spout out what Mary’s campaign that he’s worked on in the past (POLITICO didn’t bother to tell you that) wants him to say.

But to bolster up what Bob Mann says POLITICO drops the fact that Cassidy wrote a letter rippin’ Republicans…in 1988. That was 25 years ago…

In 1988, while living in California, Cassidy penned a letter to The State-Times, a now defunct afternoon newspaper in Baton Rouge. In the letter, Cassidy mocked anyone who would vote for George H.W. Bush for president and suggested Louisiana residents vote for Michael Dukakis. In a sarcastic tone, Cassidy “thanked” voters for supporting Bush because the Republican president would ultimately help California by increasing defense spending while Louisiana suffered economically during the oil bust because of falling prices.

“You see, when the federal government takes care of poor people, education, health care, roads and the elderly, you people get a lot of that money,” he wrote, according to a copy obtained by POLITICO from archives of the newspaper. “If you begin to realize that patriotism has nothing to do with any of this, tell yourself that there was nothing that the Republicans could have done about the fall in oil prices. Of course, I know better.”

He continued, “Please do me one favor, dear Louisianans. Never ask yourself if you’re better off now than you were eight years ago. If you do, you might wake up, you might vote for a change.”

Big bombshell there. 25 years ago the dude was a Democrat. Yay. How many Republicans did we have in Louisiana  25 years ago? They at least managed to include a statement Cassidy gave them about how – and you’d better siddown for this – he doesn’t think the stuff he said 25 years ago is right anymore.

And yeah, they do the whole Maness thing with the Senate Conservatives Fund endorsement.

But the big thing in this dog’s breakfast is that there was a poll which said Mary beats Cassidy 50-40.

And that poll was done by PPP, and POLITICO acts like that’s an objective outfit or something. Nobody – even POLITICO – really believes PPP is anything but a buncha Democrats.

PPP is a buncha sly foxes, though. What PPP will do is run a lotta polls on presidential races, and they’ll generally poll those things straight. So people go “Ahhh, look – these guys do accurate polling” because the presidential stuff is the big-ticket thing for pollsters. But in the other stuff, like House and Senate races, the monkey-business PPP does makes ’em look more like the Iraqi Department of Elections back in Saddam’s day. They’ll screw with the sample, they’ll futz with the questions…whatever it takes.

So PPP can come up with a poll that has Landrieu up 50-40 on Cassidy. Meanwhile, everybody else who polls that race has…somethin’ else.

For example, when Harper Polling took a look at that race in August, they had it at Cassidy 47, Landrieu 45. Go figure. Harper polled the race again in September and had it Landrieu 46, Cassidy 44. In other words, it’s pretty much tied and a runoff’s likely.

Oh, and when PPP polled the thing in mid-October – yeah, that’s right, POLITICO didn’t even use the latest PPP poll on the race for their story – they had it Landrieu 48, Cassidy 41. And that was while they were push-pollin’ the thing by tellin’ voters “Republicans shut down the gubmint and Cassidy helped ’em.” Go figure that when they asked the question again after all their push-pollin’ they ran Landrieu up to 52-42.

That sound like objective pollin’ to you? Me neither. But that’s how POLITICO reports the race. POLITICO didn’t bother tellin’ anybody that in PPP’s numbers the race is gettin’ tighter and that Mary lost three points from August to October, cuz that’s not what anybody in POLITICO’s newsroom wants the hooples to hear about. Instead, the narrative is that Cassidy can’t beat her because conservatives won’t vote for him.

But that’s POLITICO for ya. They can take a legitimate angle and bend it left until it breaks.