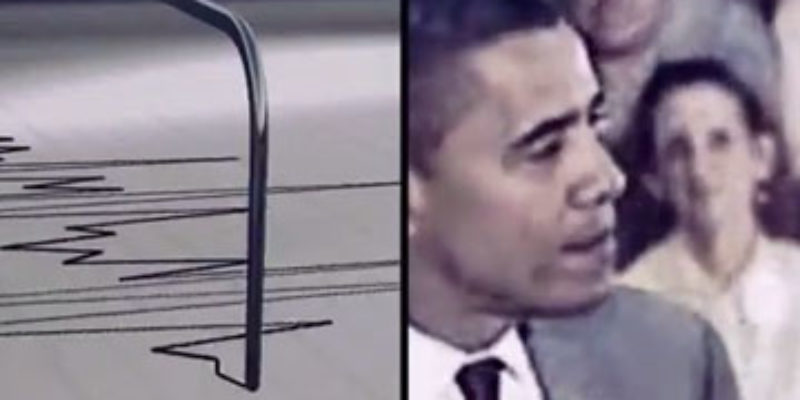 When Roger Williams announced he was running for Congress in 2011, he did so with the debut of one of the greatest political ads anybody’s ever seen. The Donkey Whisperer went about as viral as a political spot can go, and it made Williams, a soft-spoken Texas conservative from just north of Austin, something of a hero.

Williams just announced his re-election campaign today, and he’s got a new ad out. But this one doesn’t go after Democrats with as much humor and good-natured ridicule as the original spot did.

It has a much tougher edge on it. It calls out Obama as a liar, and it does so with a dramatic presentation everybody can relate to…

With the release of the ad, the Williams campaign put out this communique…

In 2012 I asked for your support, prayers, and vote to serve as your next Congressman so we could ensure the people of the 25th Congressional District had a voice in Congress that was wholeheartedly opposed to the destructive agenda of Barack Obama.

Today, after nearly a year of fighting against what I believe is the most dishonest Administration I have ever witnessed, I am again asking for your support so I can continue in our mission to stop Obama’s agenda and put forward conservative solutions to strengthen our nation, improve our economy, and return to a more limited federal government.

While the major media will never truly hold the President accountable, the House of Representatives has continued to dig in, stand its ground, and work to expose the fraud, misdeeds, and incompetence of this President.  That is why in addition to announcing my candidacy for the 25th Congressional District, we are also launching a new Web video that we hope you will watch and share with other limited government conservatives around our state.  In this video, we lay bare the deceitful nature of this President by reminding folks of his past claims and promises:

Today, I ask you to take a minute to remind yourself of the deceit and the lies, watch our new video and share it with your friends.  Only with an educated and engaged citizenry can we fight against this Administration.  I humbly ask for your support.  Join our fight for liberty and truth today with a contribution of $25, $50 or $100 so we can spread this message across Texas and across the country.

With your continued help we truly can make a difference one step at a time.  Join us today!