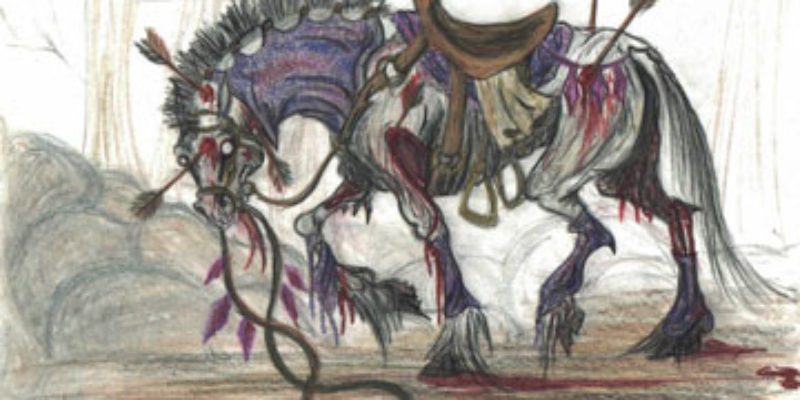 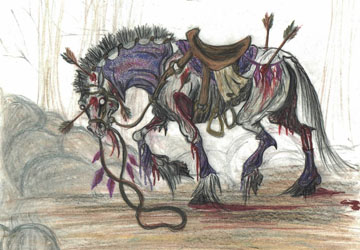 Beaurat Obama’s been stomping around Washington like a blinded war-horse. Where he was once a proud steed, the muscled engine carrying the apparent paladin (socialism) sent to represent the downtrodden; his performance is more akin to a stallion harnessed with fecund fillies.

He’s been trying to screw with everything within reach.

This administration started like a ball o’ fire, all heated and ablaze with the energy of a nation believing it finally shed itself of the ignominy of its slavery laden history by electing a black man to the presidency. It didn’t matter the guy was only half-black having been spawned by a mother who was lily-white. Genealogically that makes Obama white so putting aside the obvious problems inherent to all situations where your lying eyes belie the truth of a bureaucratic edict; we must question anything we see when presented by a politician. The stately appearance of the rampant war-horse was applauded and accepted as baring a different kind of conquistador on its broad back.

But, like the novitiate war-horse trained to behave in only one a specific manner, Obama charged forward, unaware there are eccentricities inherent in any battle change the natural topography you expect to cover. It exposes challenges and inconsistencies can cause you to misstep, twist and break the fetlock, split a hoof or worst of all break a leg completely. The dangers increase with the explosion of shot and shells, dirt and rock and finally the shrapnel created when bodies are forcibly dismembered by the blast. The horse can lose sight from the brilliance and brisance of explosive force.

This is what happened to Obama as analogous to the war-horse. He was blinded by his own “brilliance” and while stumbling around a foreign field (real-time politics) he accepted the direction of combative theorists (Marx and Lenin) as stupid and ignorant as he. Now, the blind lead the blind. And a nation wanders in the darkness of what he wants to see. This war-horse stumbles forward knowing only he MUST move to the sound of battle. It’s there he’ll find his destiny, realize his true purpose in life, fulfill his essence and realize nirvana as he’s convinced himself is his entitlement.

Unfortunately, when this blind war-horse moves into the field of battle, without sight he doesn’t know exactly where the battle is. There’s no standard for him to recognize. No colors correspond with his allies or differentiate them from his enemies. The battle envelops and surrounds him. His inability to distinguish the reality of the battleground leads him to a solitary tactic on the field.

He spins; his bulk and strength heavily, bluntly smashing and knocking combatants hither and you. He crushes frail humanity beneath his hooves, he pounds resistance to his movement into memory; he wins blindly and only because of the sheer unintelligent, instinctive force he commands; meet the enemy in battle and destroy him.

This war-horse knows he should be moving through the battle, but his blind attack at anything and everything he senses in his way has driven him into the heart of a battle he can’t understand. He’s never been involved directly with any similar experience in his life. He knows the theories of battle. He believes he understands the mechanics of it. He’s even deluded enough to believe his grasp of the situation is so fluid he can distill victory consistently from his blundering, stumbling missteps and lurching performance aimed at getting past the enemy. All the while he’s trampling, crushing and injuring his own troops extending the fight battle for him.

That’s why Obama’s in trouble with his own party right now. He’s heavily spun the issues so hard his own troops have been seriously hurt as he engages the sound and tumult of controversy against his movement. Now Senators and Representatives alike have to look at his performance on the field, see it’s deleterious to the party’s safety and the damage it’s caused and they’re running for cover through legislative actions of their own challenging ObamaCare.

Sometimes you must put the horse down because he’s more dangerous to his own than he is to the enemy.