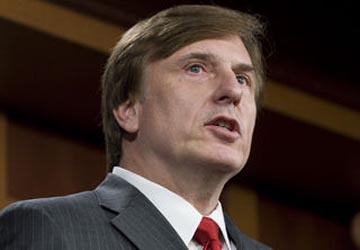 Whether you learned the Gettysburg Address in school or saw it recited in a movie or a documentary, you heard these words: “that we here highly resolve that these dead shall not have died in vain; that this nation, under God, shall have a new birth of freedom.”

But, in a new recording of Lincoln’s famous speech, President Barack Obama said, “that the nation shall have a new birth of freedom,” leaving out the phrase ‘under God.’

Liberals have a long-running disdain for the phrase “under God,” and the Obama Administration has seemed to put religion in its crosshairs on several fronts, including threats on religious freedom in the military and through the Obamacare HHS mandate. But to leave out words penned and spoken by our Sixteenth President smacks of mean-spirited and inexcusable bias.

It was one thing for President Obama to be too busy to travel the 65 miles to Gettysburg for today’s commemoration of the 150th anniversary of Lincoln’s Gettysburg Address, but it is quite another to brazenly omit God from Lincoln’s great speech.