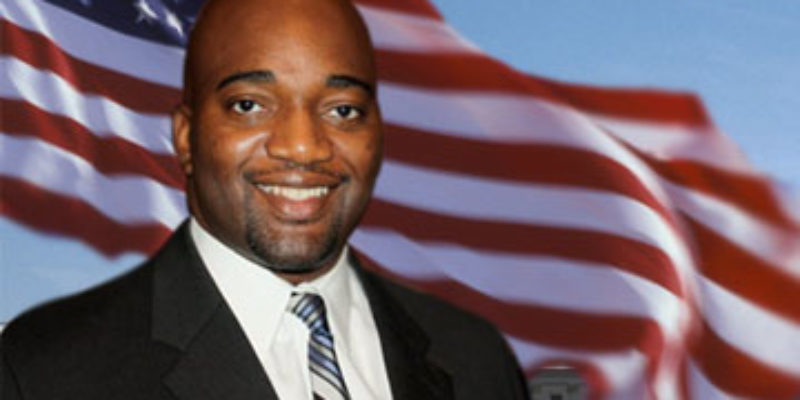 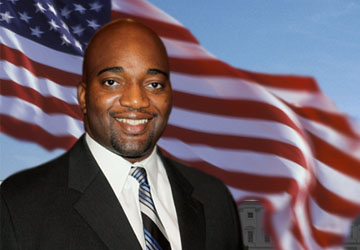 This one is an interesting entry – namely, Charles “Trey” Thomas, who is a black conservative Republican educational consultant and an LSU football alumnus…

Dr. Charles “Trey” Thomas, Former LSU Football player, Veteran Teacher, Coach and Businessman from Baton Rouge, officially entered the 6th Congressional District race on 1/16/2014. Thomas plans to bring his expertise in education to move the 6th district forward campaigning on Energy, Entrepreneurship and Education. “Unity Creates Possibilities” Thomas stated. “Amazing things happen when people come together to find solutions to problems. When we understand and take pride in the fact that we are Americans and live in the greatest country on Earth, nothing and no one can stop us from achieving what may seem to be impossible goals.”

Thomas spent over twelve years on the front lines as an advocate to improve education for our children. Having received a dual MBA and Doctorate in Educational Leadership, one of the primary objectives for Thomas is to improve education throughout the community by giving educational powers back to parents and teachers.

“The education of our children should be handled by local school districts with complete buy in from the teachers and parents of that district, not by some bureaucrat in Washington pushing down a heavy handed, one size fits all approach to the states” Thomas said. “When I’m elected to congress, I will work to give educational decision making and authority back to our local communities because they know how best to educate our children.”

Thomas believes we are “too dependent of foreign resources when we have adequate resources available to us here at home”. Having a father who spent his entire career in the petrochemical industry, Thomas knows the importance and benefit of a nation being Energy Independent.

“Louisiana has a wealth of resources offshore in the gulf as well as natural gas deposits on land that could create thousands of highly paid jobs within Louisiana and help America release itself from the stranglehold of imported oil from unfriendly nations” Thomas said.

Dr. Charles “Trey” Thomas, 34, having started his own business HolSyn Consulting, LLC knows that the path to economic prosperity is through entrepreneurship and small businesses. Dr. Thomas also serves as Executive Director of Family Values Resource Institute serving families across the state of Louisiana.

“One of the ways to get people back to work and strengthen America is to revive the growth and production of small businesses” Thomas said. “Washington needs to get out of the way of legislating entrepreneurship; they continuously weaken small business growth by implementing too much regulation and government red tape that discourages people from starting or expanding their business.”

Dr. Charles “Trey” Thomas is a husband and father of four daughters. Dr. Thomas has participated with several educational organizations and committees including the Louisiana State Board of Elementary and Secondary Education Minimum Foundation Program 2014-2015 Task Force and East Baton Rouge Parish Committee for Educational Excellence. Dr. Thomas is also a LHSOA official for high school football and basketball, a Security Dad for his daughter’s elementary school, and a member of Jubilee Christian Center Church in Baton Rouge in addition to serving on the East Baton Rouge Republican Parish Executive Committee.

We’ve known Trey for a while, and we’re curious to see how he does. The field for the 6th District race probably still isn’t set, but with four notable Republicans already in it – Dan Claitor, Paul Dietzel, Cassie Felder and now Thomas – there is unquestionably some diversity in it.

Dietzel might be the frontrunner at present, which seems somewhat counterintuitive given that he’s a first-time political candidate and he’s only 28 years old. But the technology entrepreneur and grandson of the legendary LSU football coach had over 400 people at his campaign kickoff event on Friday with former presidential candidate and current radio talk show personality Herman Cain as the keynote speaker, and a fundraiser held prior to the event netted Dietzel pretty close to $100,000. Attendees we talked to told us they were shocked at not only the size of the crowd but some of the high-profile people who came out to support him – and that their impression of Dietzel’s candidacy has changed as a result.

Dietzel seems to be building an interesting coalition of support so far, with young voters, Ron Paul/Libertarian types (he has a very well-heeled libertarian PAC out of Texas which has endorsed him and is buying online ads for him now), Christian conservatives looking for a candidate to support after a Claitor gaffe alienated them, and some Old Baton Rouge types attracted to the Dietzel name.

But it’s too early to know whether that coalition will be enough or if he can hold it. And with Thomas in the race, now there is a new face for voters to scrutinize.