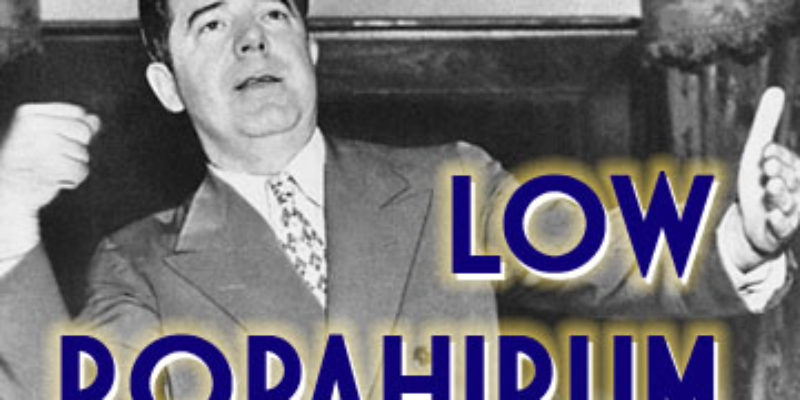 “Treating ADHD as a disease is a huge mistake, according to Saul. Imagine walking into a doctor’s office with severe abdominal pains and simply being prescribed painkillers. Then you walk away, pain-free. Later you die of appendicitis.” – New York Post

“The question for Republicans in 2014 is whether they want to have a Duck Dynasty election or an Obamacare election.” – Kevin Williamson/National Review

“If Rachel Maddow is the best that MSNBC has to offer, MSNBC is in even deeper trouble than its steep ratings decline would indicate.” – Power Line

“In other words, I became too mature for liberal economic theory, but I still ate Elmer’s glue during art class (a habit I’ve yet to break — the stuff is just delicious).” – Matt Walsh

“I might be willing to believe that some people would prefer Medicare to private coverage, but Medicaid isn’t going to become a consumer favorite any time soon.” – Reason

“The monument has been designed to reflect the views of Satanists in Oklahoma City and beyond,” temple spokesman Lucien Greaves said in a statement. “The statue will also have a functional purpose as a chair where people of all ages may sit on the lap of Satan for inspiration and contemplation.” – Fox News

“It is unclear exactly why many climate change organizations are installing new executives, but it appears they are following the professional sports paradigm: When a team loses more than it wins, you can’t fire all the players, but you can fire the coach.” – Breitbart

“The program sold as a way to get more Americans insured has resulted in… a net loss of three million insured Americans.” – Ace of Spades

“To many Americans, the war on poverty declared 50 years ago by President Lyndon B. Johnson has largely failed. The poverty rate has fallen only to 15 percent from 19 percent in two generations, and 46 million Americans live in households where the government considers their income scarcely adequate.” – New York Times

“Needless to say, Beck’s graciousness towards an opponent won’t be repaid the next time he says something controversial. Which he knows, of course. This is an argument about decency for its own sake, not some proposed truce in the outrage wars which everyone understands won’t last a day.” – Hot Air