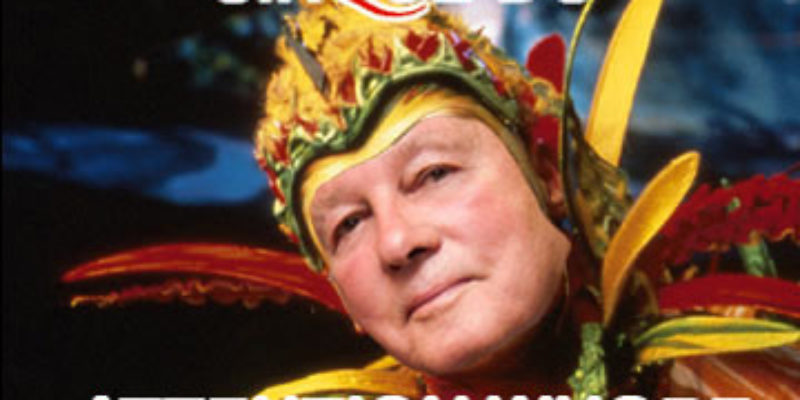 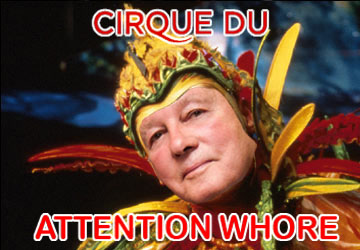 Today’s Baton Rouge Advocate contains a story that is truly shake-your-head-worthy. It stars former governor, abject disgrace and narcissistic attention-whore Edwin Washington Edwards as he crawfishes from telling two separate reporters yesterday that he was going to run for Congress…

Social media lit up like a Christmas tree Wednesday after talk circulated of former Gov. Edwin Edwards launching his campaign for the 6th Congressional District.

There was only one problem, and it was big one. Edwards said the reports aren’t true — for now, at least.

“I’m looking at it, and we’ll see when I can make a determination one way or the other,” Edwards said by telephone.

The allegedly erroneous report that turned a sedate Wednesday into a minor media frenzy came from Bloomberg. Under the headline “Ex-Con Ex-Governor Running for Congress,” the report poked at the political skeletons in the state’s closet.

Edwards was quoted as saying he was just figuring out how to set up a super PAC before launching his congressional campaign. Edwards might have been making a joke at Vitter’s expense.

A super PAC independent of Vitter, R-La., but supporting him currently is battling to accept unlimited campaign contributions to promote his gubernatorial bid. The super PAC took its fight to court Tuesday.

Reached Wednesday afternoon, a slightly irritated-sounding Edwards said he would not launch a congressional campaign by calling up a wire service reporter. The 86-year-old lives large. His life is filled with splashy moments. Edwards said any announcement will come before a media-packed audience.

Edwards flat-out told Bloomberg’s Al Hunt and Louisiana Radio Network’s Michelle Southern that he had decided to run. His wife then told the New Orleans Times-Picayune that no such decision has been made. Now he’s “irritated-sounding” when he says he hasn’t decided to run.

Is he running? Is he not running? For most of us, it really doesn’t matter – it’s fun to talk about him. The lefties and lo-fo morons who think he’s cute are giddy about the prospect of having him back in politics, while conservatives and good-government types get our blood up over the idea that we’re not done with this sociopathic old crook.

But regardless of how far Edwards takes this – or how far he can go should he decide to run (it’s possible he could make a runoff, but beyond that you can stick a fork in him) – the real loser here is the Louisiana Democrat Party.

The Democrats’ problem is that unlike the way things are in Washington, in Louisiana the Democrats are now the Stupid Party. They’re also the Lazy Party. And stupid and lazy combine to make them irrelevant.

There are two Democrat candidates already in the race for the 6th District congressional seat being vacated by Bill Cassidy (Richard Lieberman and Quentin Anderson), and nobody has ever heard of either one of them. The Louisiana Democrat Party hasn’t done a thing to help either one, and it also hasn’t been able to find somebody people have heard of to run for the seat.

They didn’t recruit C. Denise Marcelle, or Pat Smith, or Alfred Williams, or Rob Marionneaux, or Louis Lambert, or Tara Wicker, or any of the other minor princelings or duchesses they have scattered around the Baton Rouge area who could make the race and perhaps boost their statures for a subsequent race in 2015 or 2016.

Instead, nine months in advance of the election they’re frozen with stupid looks on their faces, watching an 86-year old ex-convict to publicly play Hamlet over whether he’ll bear their standard.

What the Democrats would do well to do is to repudiate Edwards as a potential candidate, declare themselves committed to a new generation of Louisiana politicians, a new standard of ethics and a new politics for the 21st century, and make an open break with him. And find a candidate…quick.

Instead, Karen Carter Peterson and Stephen Handwerk sit on their fat asses and pretend that there is a good outcome waiting for them on the other end of Edwards’ decision.

If he runs, does anybody think he actually has a chance to win? That district is a safe Republican district. It was recently drawn that way to protect Cassidy from a Democrat. It doesn’t matter who runs for that seat; if they’ve got a “D” by their name they’re dead.

And by the way, has anybody noticed how much people hate career politicians? What do you think Edwin Edwards is?

Sure, he knows how to get attention. You’re reading an article in which we’re trashing him; need we say more? That makes no difference at all on Election Day. Anthony Weiner sucked all the oxygen out of the New York mayor’s race, and almost nobody had ever heard of Bill DeBlasio. Which one is mayor?

Edwards is the Anthony Weiner of the LA-6 race, should he get in it. He’ll capture every headline, and all it will do is focus attention on exactly how disqualified he is from ever holding public office again. If he makes the runoff he’ll get killed by whichever Republican makes it to December with him.

And throughout the race, people will see that Edwin Edwards is the modern face of the Louisiana Democrat Party. That the party is nothing but a collection of aging crooks and the rubes who think they’re cute. Is that really a winning image? Is that how Mary Landrieu holds her Senate seat against Cassidy’s challenge?

The Democrats are already coming off a special election in the 5th district whereby disorganization and stupidity kept them from getting their best candidate, Monroe mayor Jamie Mayo, into the runoff. Mayo got 15 percent in the primary, which was three percent short of what Vance McAllister got. McAllister then blew out an obviously-vulnerable Neil Riser in the runoff (though it’s unlikely Mayo could have done anything like that), but had it not been for four other Democrats sharing 15 percent of the vote Mayo would have at least been able to get to the second stage and mount a challenge.

Nobody at the Louisiana Democrat Party offices had the first clue how to contest that race, and they stood frozen with stupid looks on their faces and watched two Republicans make the runoff in a race where half the electorate is registered as Democrats.

It’s just as likely as not that Edwards’ yes-I-will/no-I-won’t act will result in his not running. What then? Will the Democrats just sit out the race and concede that a Republican will succeed Cassidy while he takes Landrieu out (thanks in no small part to the stupid decisions on coastal lawsuits they recently made which threaten her relationship with that industry)?

We rail against the bad politics of the Republicans on a national level. But no level of political idiocy matches what we’re seeing out of Peterson and her crowd. They probably don’t even realize the damage Edwards is going to do to them with this Cirque du Attention Whore performance he’s putting on.

Interested in more news from Louisiana? We've got you covered! See More Louisiana News
Previous Article Low Popahirum, Louisiana Edition (2-20-14)
Next Article SADOW: Let’s Take A Trip Into The Bowels Of The Budget