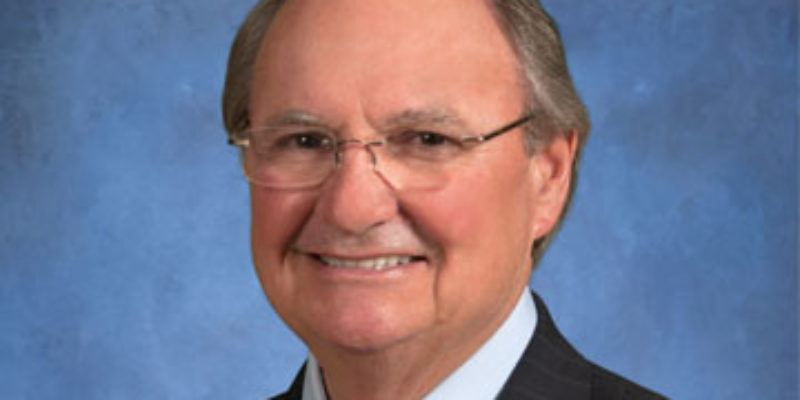 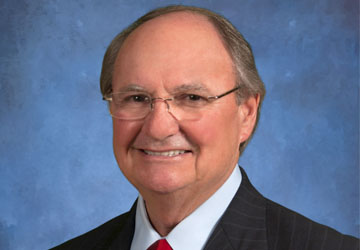 The Advocate has the story of State Sen. Robert Adley (R-Benton) filing a complaint with the Louisiana Supreme Court over the question of Judge Janice Clark having a fundraiser hosted by attorney Wade Shows while the latter is representing a client (in this case the Louisiana Attorney General’s office, involved as it is in a lawsuit by the Louisiana Oil and Gas Association over the question of contingency-fee legal contracts let by the Southeast Louisiana Flood Protection Authority-East as it pursues lawsuits against the oil industry). Adley, who’s going to be leading the fight to kill the coastal lawsuits in the legislative session which starts next week, is furious over the Shows-Clark controversy…

“The impropriety of this action is appalling and would be in violation of the Louisiana Ethics code for legislators. It clearly is an attempt to influence the outcome of the current case before Judge Clark’s court,” Adley wrote to Supreme Court Chief Justice Bernette J. Johnson.

Adley, R-Benton, said Tuesday that he wants a judicial investigation.

He said it may be time to include judges in state campaign finance laws that prevent fundraising when key deliberations are going on similar to the ban on legislators fundraising during legislative sessions.

It may also be time to consider switching to a system of appointed judges rather than elected ones. Adley’s complaint isn’t likely to bear much fruit since we’re told by several friends who are attorneys that lawyers holding fundraisers for judges, even when they’ve got cases in front of those judges, happens all the time.

And in Shows’ case, he told the Advocate that the fundraiser for Clark in question was planned for months, long before he had any idea he’d have a case in front of her.

Shows might be right about that. It doesn’t change the fact that attorneys giving campaign cash to judges while they’ve got cases in front of those judges looks an awful lot like they’re buying those judges, and it certainly doesn’t change the perception of Louisiana’s legal system as compromised, if not corrupt.

Not to mention the fact that there are a million judicial elections going on in Louisiana at any given time and virtually nobody knows who to vote for. Even the most plugged-in politicos in the state struggle to know who’s a good judge and who isn’t.

The only people who pay attention to judicial elections are attorneys. And for good reason.

In 2008, Tulane law professor Vernon Palmer conducted a study of Louisiana Supreme Court decisions over a 14-year period from 1992 to 2006 and uncovered a relatively significant increase in favorable court votes in favor of campaign contributors which would argue in favor of appointments rather than elections as a means for selecting the judiciary…

This empirical and statistical study of the Louisiana Supreme Court demonstrates that the court has been significantly influenced—wittingly or unwittingly—by the campaign contributions from litigants and lawyers appearing before it. In a statistical sense, campaign donors enjoy a favored status among parties before the court. Facing an aggregate of $1.3 million in political donations in the cases under review, the justices did not find reason to disqualify or recuse themselves.

This study controlled for judicial leanings and the differing philosophical orientations of the justices when no money was involved and used this baseline to compare judicial voting when money was added. It also took into account the size and timing of donations, even measuring the effects of political donations that are made while a case is pending before the court. It also measured the additional advantage obtained by the “net contributor” who contributed a larger political donation than the other side. The statistical correlations indicate that the higher the donation, the higher the odds that the contributor’s position will prevail. The data indicate that judicial voting favors plaintiffs’ or defendants’ positions not on the basis of judicial leaning or philosophical orientation but on the basis of the size and timing of a political donation.

These results, the Authors submit, draw into question the voting behavior of Louisiana’s highest court.

As for Adley, if he’s able to pass a pair of bills he’s pushing in this legislative session there will be no more coastal lawsuits.

(1) A violation of this Subpart, or rules, regulations or permits, as set forth in the notice of violation, has occurred.

(2) The violation is under the territorial jurisdiction of the local governmental subdivision initiating the enforcement action as provided by its approved local program.

(3) The proposed enforcement action by the local governmental subdivision is consistent with this Subpart, including the coastal management program authorized herein.

(4) The proposed enforcement action is consistent with the state’s master plan for integrated coastal protection.

(5) The proposed enforcement action is reasonable and appropriate under the circumstances.

In other words, no more wildcat lawsuits and no more departures from the state’s coastal master plan.

Adley also has another bill, SB 546, which would preclude any lawsuits over mineral extraction and its effect on environmental issues by subdivisions of the state; the bill would make the state the sole authorized plaintiff for such suits.

Those bills are the long game where the coastal lawsuits, which underlie the substance of the litigation upon which the Shows-Clark controversy is based. But we haven’t yet run across any bills for this session to fix the underlying ethical exposure the current system allows.