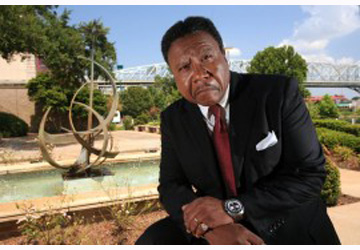 I want to take some time and let you know about a bit of exciting news we’re preparing at American Voice PAC.

Namely, that like you we’ve watched Mary Landrieu vote with President Obama 97 percent of the time, all the while telling Louisianans back home that she was on our side.

Which brings me to the news. We’re getting involved in the race to eject her from that Senate seat, and we’d like to invite you to help.

To us, getting rid of Mary is what matters. We have to get rid of her to get rid of Harry Reid, Obamacare, Dodd-Frank, the Senate’s inability to pass job-creating legislation and Obama’s abusive regulations. She’s in the way, and when she’s gone we’re going to have a better Senator – regardless of who that might be.

So with your help we’re going to begin talking to the voters of Louisiana about Mary. We’ve put together a media campaign that will challenge Mary in the areas where she wants you to believe she’s strong.

We’re going to expose her real record as a “friend” of the oil and gas industry, because while she might want folks to believe she is, she isn’t.

We’re going to explode this notion that Mary Landrieu is for the little guy. That’s hardly true.

And we’re going to do it in a way which doesn’t bore the voters to tears like so many political ads do. When American Voice PAC talks, people will want to listen – because we’re dedicated to making this stuff fun.

But of course, we need your help. That means money. So I’m asking you to donate to get this campaign off the ground. Can you help us by contributing $5, $10 or $20 today?

We’re in this race to send Mary home. We’re committed. We need you to commit along with us. And together we’re going to have a good time, fight the good fight, and WIN.