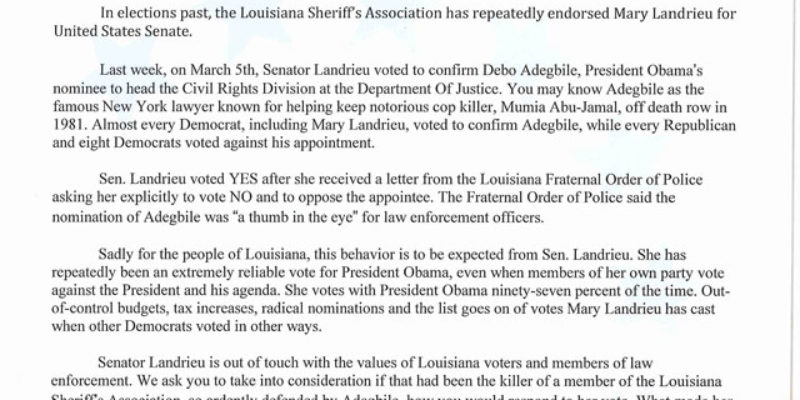 Today, the Republican Party of Louisiana sent the President of the Louisiana Sheriff’s Association, Sheriff Tony Mancuso, a letter asking the Sheriffs to remember Senator Landrieu’s vote for Debo Adegbile, President Obama’s nominee to head the Civil Rights Division at the Department Of Justice and notorious promoter of a cop killer, when they consider their endorsement.

The Louisiana Fraternal Order of Police sent Landrieu a letter explicitly asking her to vote “no” and to oppose the nomination.

The Fraternal Order of Police said the nomination of Adegbile was “a thumb in the eye” for law enforcement officers.

“We ask you to take into consideration if that had been the killer of a member of the Louisiana Sheriff’s Association, so ardently defended by Adegbile, how you would respond to her vote,” LAGOP Chairman Roger Villere stated in the letter. “We hope that you will remember Senator Landrieu’s vote against the law enforcement community when you consider your endorsement in the 2014 U.S. Senate race.” 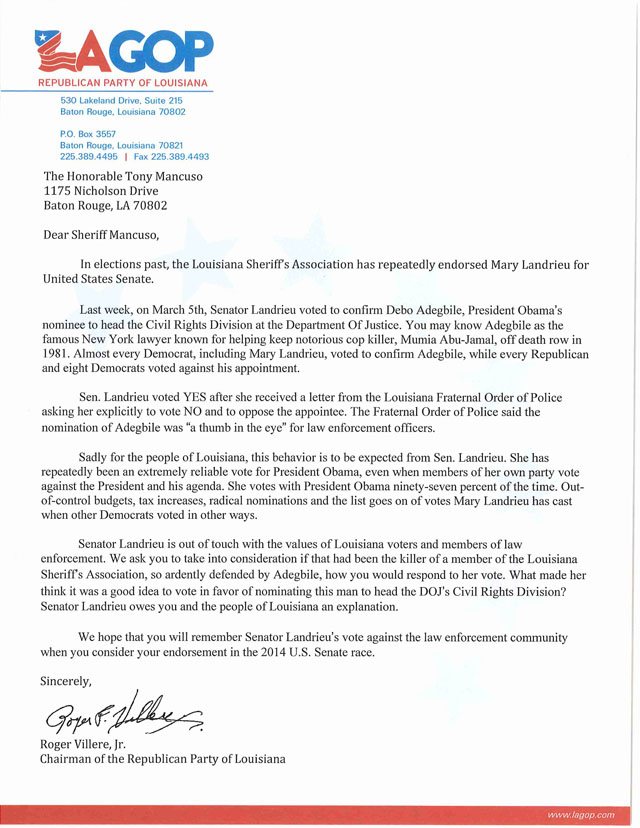