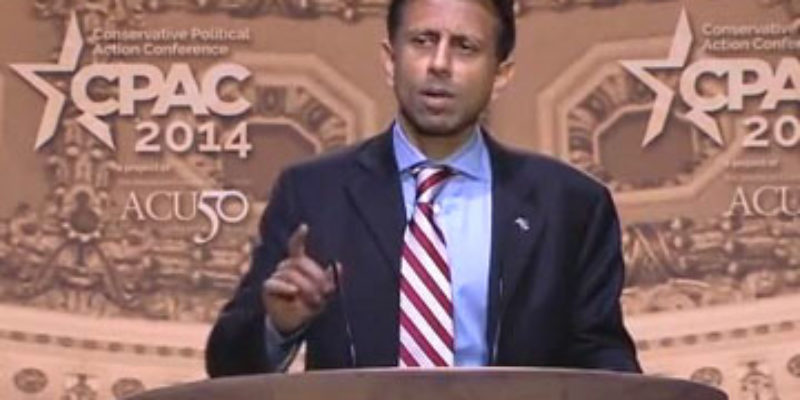 We would have put this up yesterday but got sidetracked. It’s 15 minutes’ worth of Gov. Jindal’s speech at CPAC yesterday.

He starts off questioning President Obama’s intelligence and calls him the worst president in modern times. And then he talks about Eric Holder standing in the schoolhouse door to stop poor black kids from getting to go to the school their parents pick for them.

It gets more aggressive from there. Not a bad speech. Not enough to launch the 2016 presidential bid he wants, but not bad.