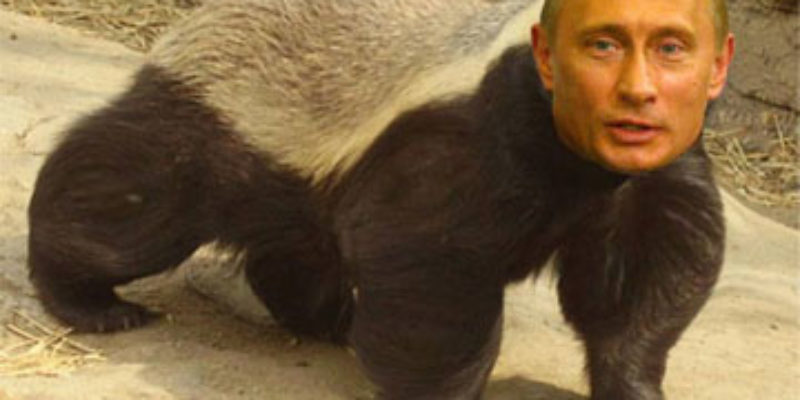 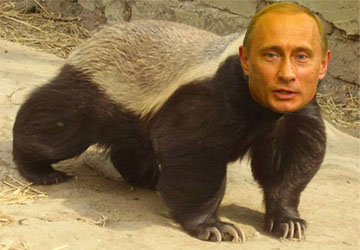 Questioning; “Spring has sprung, the grass is riz, I wonder what that damned Putin did.”

The most telling element of this statement as quoted is: “with the rights of a subject”. A subject is described as a: follower, dependent, subordinate, lege or vassal. Nowhere in the history of the word and its usage has it ever indicated the person so described is an equal in his status. (Encarta Thesaurus 2014) We find precious few nations displaying rights for their “subjects” once they’ve become such after invasion. And make no mistake concerning this; it is an invasion.

Putin sculpts law to get what he wants. First; he sends in troops wearing no insignia. These people identify no allegiance to any government. So; ideally, Putin can say he has NO troops in the region beyond those there at already sanctioned military establishments. This is even though these troops are ethnic Russian and have a history of close allegiance to Russia since after World War II.

Second: he offers aid to ethnic, Russian speaking people he claims are oppressed and in danger of losing their civil and human rights. He sends troops to assure the Crimean region isn’t attacked to maintain the status quo he feels is “oppressive”.

Third; he has his puppet Crimean Prime Minister Sergei Askyonov appointed by the regional parliament in a closed door session. The interim government in Kiev rejects his appointment. This is a transparent action on Putin’s part as is every other piece of this “shotgun drama” Putin’s insinuated onto the international stage.

Now, Putin got the regional parliament answerable to Putin, to offer a resolution to be followed, in 10 days, with a referendum to be securely monitored by Putin’s stooges. I refuse to bet as to which way this referendum will work its way out. This action is roughly equivalent to North Carolina seceding from the union and declaring itself a “subject” of Venezuelan policy.

The current talks held in Paris show Russian Foreign Minister Sergei Lavrov has no interest in finding a compromise position with the new government. He outright refuses to meet with representatives of the Kiev government. This is alleged to be in spite of “arm-twisting” by U.S. Secretary of State John Kerry and European colleagues.

Is this the same John Kerry recognized by some as nothing more than resume’ padding at the best and another indication of Beaurat Obama’s incompetence at the norm? It should be remembered Putin is a Black Belt ranked in Judo. He knows about leverage and posturing to accomplish the goals he wants completed. Kerry merely knows how to look imperious, issue stentorian rumblings with no real strength and produce results proving Botox should be a controlled dangerous substance. Some of us see him as a lightweight yellow belt.

Putin will continue to run roughshod over the rights and people of the Ukraine. He’s nibbling at the region as he did in Georgia. He entered that country, hung around for awhile and exited still commanding control of a region in that sovereign state.

This is the same modus operandi he’s followed before. Putin understands one major thing everybody else is being quiet about. He has a major say in the delivery of Russian Petroleum to Europe. He has the powerful economic arm necessary to hold Europe against the wall by the throat. Placing embargoes on trade with Russia will show the strength he holds because European nations are incredibly feckless and shallow when it comes to their thirst for oil. France continued importing oil from Libya after embargoes were placed on Muammar da Daffy Duck. They didn’t miss a drop. There would be major economic penalties for all members of the European Union and America.

Unfortunately the one in the room with the biggest huevos does whatever he wants. And this time it isn’t that joker Obama.