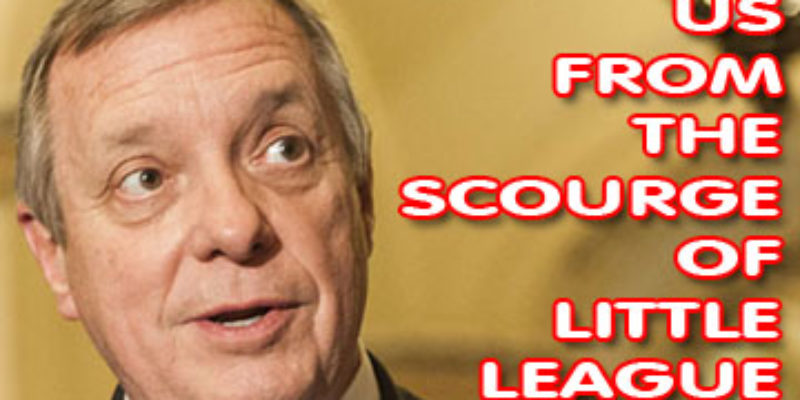 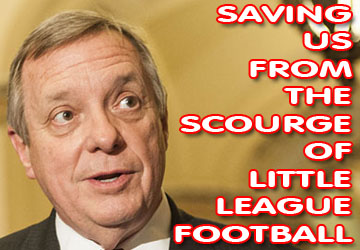 Did you see this POLITICO piece today?

For Sen. Dick Durbin, even if there are clear eyes and full hearts on the Esquire Network’s “Friday Night Tykes,” the program, which follows Texas youth football teams, can’t win.

As awareness of concussions in sports — particularly youth football — is heightened, Durbin, in a letter sent Thursday, asked the network’s president to pull the show, writing that it “sends the opposite message and exploits these children for purely entertainment purposes.”

“I call on you to immediately end this shameful, dangerous display on your network” the Illinois Democrat wrote. “With all we know about the risks of concussions in youth sports today, it is unconscionable to televise and celebrate the conduct of a league that directly endangers the health of children.”

Durbin said concussions in youth sports are a “growing problem” and added the show “glorifies a culture of violent competitiveness.”

How many kids who don’t play youth football in Illinois – not in Texas, where Dick Durbin couldn’t get elected dog-catcher and where Dick Durbin has zero relevance – instead spend their time shooting each other dead?

There were 421 murders in Chicago last year. So far this year there have been 46.

In Houston and Dallas combined there were only 338.

Chicago has 2.715 million people. Houston has 2.161 million. Dallas has 1.241 million. So with a combined population of 3.3 million, compared to 2.7 million in Chicago, the two biggest cities in Texas have about a quarter less murders.

You want to talk about a culture of violence, Senator? Talk about your own back yard and shut your big fat mouth about how other people live their lives.