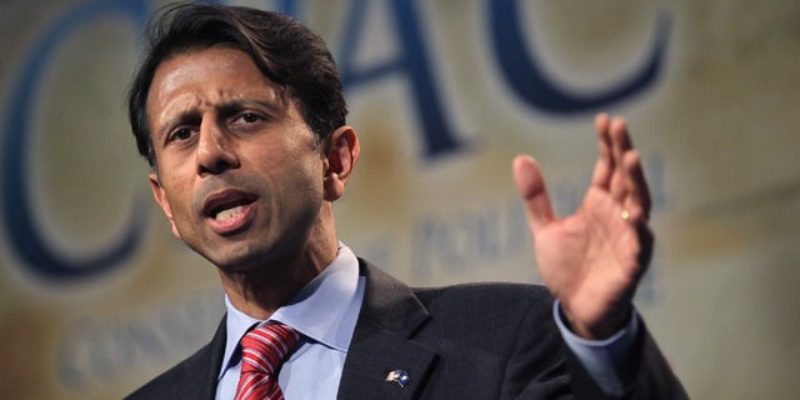 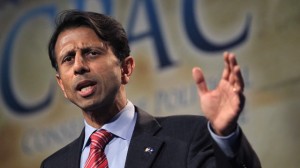 A Common Core-aligned state assessment, thought  to violate students privacy rights, is getting much heat from a group of eight legislators and Gov. Bobby Jindal after a whirlwind of objections by school boards and parents who say the data from the assessment could potentially be sold for profit.

Jindal said he would opt the state out of the Partnership of Readiness for College and Careers (PARCC) Assessment if the legislature did not do so themselves. Jindal has not always been a PARCC and Common Core opponent, as he helped bring the testing and set of standards to the state.

As Brietbart notes, the PARCC Assessment is “one of the two multi-state consortia that was awarded Race to the Top (RttT) stimulus funds to develop assessments that are aligned with the centralized Common Core standards.”

Jindal, who once supported Common Core and PARCC, now states he approves of his state’s withdrawal from PARCC and that he is hopeful Common Core opponents are successful in the legislature.

“We share the concerns of these [anti-Common Core] legislators and also of parents across Louisiana,” Jindal said in a statement. “We’re hopeful that legislation will move through the process this session that will address the concerns of parents or delay implementation until these concerns can be addressed.”

“We think this course of action outlined in the legislators’ letter remains a very viable option if the Legislature does not act,” Jindal said.

Here is the letter in full:

We want to thank you for publicly expressing your concerns with Common Core and PARCC testing, in your statement on March 17th.

We too, support high academic standards that help ensure Louisiana students are able to compete with every state and every country in the world. We also do not support federal, one-size-fits-all testing that potentially breaches student privacy.

We share your concerns with Common Core and PARCC, and that’s why we are working to address these issues in this year’s legislative session and in conversations with BESE.

That’s why your stated position is so important. We have reviewed the MOU carefully and sought the advice of counsel, including the Attorney General’s office staff and House staff. We believe you have the authority, as Governor, under the 2010 PARCC Memorandum of Understanding, to opt out of the Consortium.

What we have discovered is that, in short, the MOU is fatally defective. It is incomplete, vague and missing key elements of a legally binding agreement.  It likely conflicts with Louisiana’s procurement laws. It also appears to be completely unenforceable by virtue of having no enforcement section and no penalties for non-compliance other than withdrawal.

If nothing else, participation is explicitly subject to availability of funding.  We are facing a projected $940 million deficit for 2015-16.  There have been no public hearings and discussion on the costs of CCSS and PARCC.  Since we believe they may be significant, we have all the reasons we need to stop PARCC implementation now.

The consensus is that a simple announcement by the Governor that Louisiana will not comply with the ongoing commitments required to remain a “Governing State” under the Consortium, is sufficient.

Please let us know when you’d like to take this action so that we can be on hand to support you and stand with you in support of what’s best for our people and our children.

School boards around the state have passed their own letters of recommendations to State Superintendent John White and Jindal asking that they be removed from the Common Core standards and the PARCC Assessment, in fear of student data sharing and the selling of student data to corporations involved in the assessment agreement.

And though Jindal, who is now in on board with ridding the state of the PARCC and Common Core, White is still a prominent proponent of the testing and standards.

“To me, it’s a simple question: What’s right for the kids of the state of Louisiana?” White said. He said he believes — and state legislators have repeatedly affirmed — that “a test whereby Louisiana’s kids compete against kids from the rest of the country is good for our kids and good for our state.” It’s been more than four years since the state adopted the Common Core, White added, and during the long and sometimes difficult transition “our teachers have put their heart, soul and lives into this change. The thought that we would throw it in reverse at the last minute when we know this is right for our kids is deeply disappointing.”

Jindal’s disapproval of the PARCC Assessment and Common Core comes just after he supported the defeated Common Core repeal bill proposed by State Rep. Brett Geymann, R-Lake Charles, that would have completely stripped Common Core from school systems and created the Student Standards Commission to develop a set of standards specific to the state.

Geymann’s legislation, which failed in the House Education Committee, would have also removed the state from the PARCC agreement in which it is currently a part of. As of right now, the PARCC Assessment is set to be administered to students in 2015.

Interested in more news from Louisiana? We've got you covered! See More Louisiana News
Previous Article LANDRY: Let’s Get Rid Of Buddy Caldwell’s Cronyist Contingency Fees
Next Article We Just Found Out How Overlawyered Louisiana Is