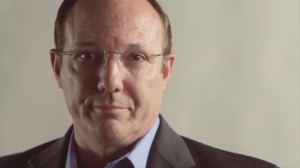 Senate hopeful, Col. Rob Maness, is calling on Congress to create a Benghazi Select Committee to investigate the 9/11 terrorist attack that the Obama administration originally blamed on a protest reaction to an anti-Muslim film.

Maness’ comments come after the conservative watchdog group Judicial Watch, obtained emails which exposed that the Obama administration did in fact prep Susan Rice when she went on multiple news stations and made the claims that the four Americans who died in Benghazi, died because of a protest.

“Congress has a responsibility to hold President Obama and his Administration accountable for their actions,” Maness said in a news release.  “These emails prove that there is still a lot more to be learned about what really happened in Benghazi, how the Obama Administration handled it, and how high up the decision was made to conceal the truth.”

Maness said his opponents for the Senate seat, Democrat Sen. Mary Landrieu and Republican Rep. Bill Cassidy, have not spoken out about the Benghazi scandal because they are protecting the Washington establishment.

“Mary Landrieu and Bill Cassidy have been silent on this issue because the political class protects others in its group,” Maness said.  “I spent 32 years protecting the American people in the Air Force and will do the same in the Senate.”

“Our men and women in combat need to know that their leaders in Washington will not let politics dictate whether they will receive support in the field when they need it,” Maness said.  “They need to know that our civilian leadership in Washington puts their interests above election year politics.  I think Benghazi has raised real doubts about that in the minds of our men and women serving.”

Judicial Watch released the damaging emails yesterday, citing an email from then-White House Deputy Strategic Communications Adviser Ben Rhodes saying that he is going to prep Rice on what to say about the terrorist attack, mainly that it was “rooted in an Internet video, and not a failure of policy.”

And, hours ago, White House Press Secretary Jay Carney said the claims of a protest because of a YouTube video as the case of the terrorist attack “was the best information we had at the time.”