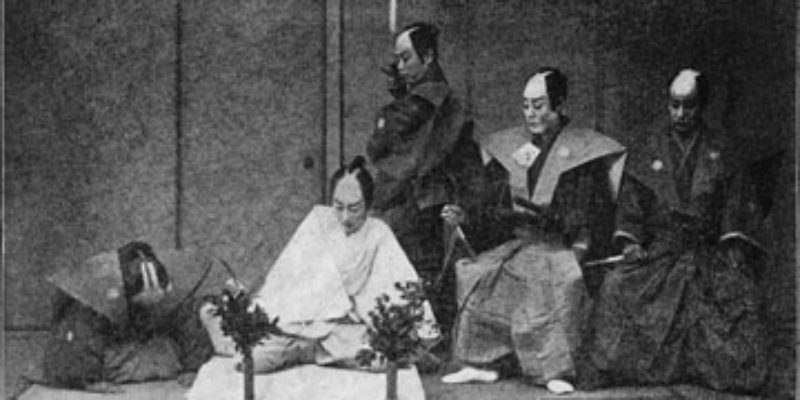 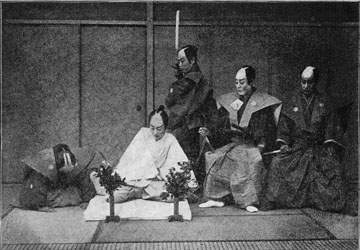 “The most important ingredient we put into any relationship is not what we say or do, but what we are. And if our words and our actions come from superficial human relations techniques (the Personality Ethic) rather than from our own inner core (the Character Ethic) others will sense that duplicity. We simply won’t … sustain the foundation of effective interdependence.”

In history it’s always been the Samurai’s responsibility to protect the interests of the Daimyo, his lord and master. When required the Samurai would sequester himself, purify his thoughts and then, he opened his blouse, plunged his dagger into his center; his gut, and committed Seppuku, the ritual of Hara-kiri for the sake and at the command of his master. Because it’s always been assumed the Daimyo could do no wrong, the Samurai was expected to behave nobly and gracefully sacrifice himself without complaint.

This scenario is similar to Kathleen Sebelius falling on her metaphorical sword for her lord and master Obama. She resigned her post as Secretary of Health and Human Services after being pilloried by the press and people. She stepped into the cross-hairs and awaited the command to fire as the guest-of-honor at a firing squad.

Sebelius showed something Obama has no understanding of: integrity. She was a good trouper: a reliable hard-working person. She accepted the criticism for a program reflecting the very definition of a boondoggle: The Affordable Care Act. But Sebelius showed her toughness and the strength of character I’m now pointing toward; a particular strength of character and integrity her colleague Eric Holder doesn’t possess. Sebelius took the heat even though she had no hand in drafting this debacle. She displays a rectitude Obama has never realized. If nothing else the woman is loyal.

But there are dangers in loyalty to a man with no sense of it. There are dangers when the man you work for sees you as no more than collateral damage to be spoken of in falsely hushed tones and with faux humility exhibited for the press and their cameras rather than the people and their Constitution he betrays daily. He has NO loyalty to you; only his cause brought him to Olympian heights. Obama will sacrifice anybody and anything to maintain his position.

Sebelius was a good trooper. It’s hard to not respect her ability to take body-blow after body-blow as she sat in Congressional inquiries. It’s hard not to respect the punishment she absorbed when she stepped into the combat arena politics is, knowing her boss didn’t arm her sufficiently for an un-winnable battle. Obama sent his gladiator into the arena to beard the lion armed only with rhetoric, the wooden sword of smarmy politicians such as he. He sent the lamb to lie down on the lion’s platter.

It’s possible Sebelius went into this with a pure heart, though that purity of heart isn’t regularly found in politicians of any sex. But she went into the relationship with the drive and desire to do her best as a politician and as a colleague of men not accustomed to treating women as equals. It’s a lot easier to distract with the tender-hearted ministrations of a woman than it is to garner sympathy from the antics of a testosterone laden hard-leg looking to further his ambitions. Sebelius appeared intelligent, articulate (before this all blew up in Obama’s face) and almost productively informative until it became evident she was the only one didn’t get invited to the last briefing on how badly ObamaCare was rolling out and toward the precipice. Si.belius accepted responsibility for the failure of the roll-out; something Obama and Eric Holder have never done and will never do. (Accept responsibility for ANYTHING, I mean.)

Now the lady is bleeding on the tatami mat she chose as her political stage to end her political life. She’ll be noted as a great and loyal servant gone too soon from the Daimyo’s Court. She’ll be praised for being a loyal soldier, ready to suffer any embarrassment, any trial, and any indignity in the name of the Daimyo.

And then, the bastard will forget her.

Interested in more national news? We've got you covered! See More National News
Previous Article Things Which Must Be Understood
Next Article SARGE: Toeing The Line In The Sand