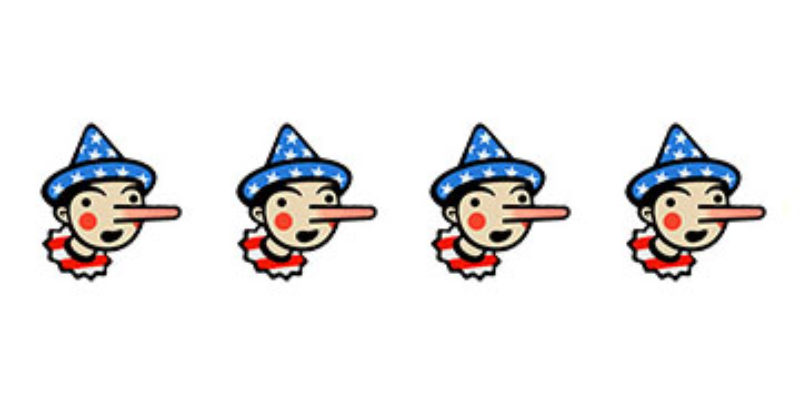 Here’s your feel-good story of the day, courtesy of the Washington Post’s Glenn Kessler – it’s a savage evisceration of the Senate Majority PAC’s ad attempting to paint Bill Cassidy as a tool of the Koch Brothers on flood insurance.

And WaPo accomplishes the feat through the magic of internet video…

Kessler’s writeup is where the fun really begins…

This ad from the Senate Majority PAC, which is run by former aides to Senate Majority Leader Harry Reid (D-Nev.), is an example of a very deceptive technique: stringing together a variety of true (or semi-true) statements in an effort to completely mislead viewers.

This ad is a particularly egregious example, and yet it managed to fool television stations in Louisiana. The National Republican Senatorial Committee sent a letter to 34 television affiliate demanding that they “stop airing this advertisement immediately.”  But the television stations refused, saying the material appeared factual.

Here at The Fact Checker, we view such ads with greater skepticism. An Obama campaign film, for instance, earned Pinocchios in 2012 for stringing together quotes about his mother’s health situation that, while correct, when combined together skirted close to the edge of falsehood.

Further, he notes that what the ad is doing is setting up the Kochs and AFP as a straw man for the ad. Yes, AFP saw the recently-passed changes to the flood insurance law as a government subsidy for rich folks on the coast and fought against the bill, and the ad is painting Cassidy as a tool of the Kochs.

Except the ad doesn’t mention that it was Cassidy’s bill AFP was fighting against. If he’s authoring legislation AFP is fighting against he’s not much of a tool for the Koch brothers, is he?

Then there’s the part about buying a Senate seat for Cassidy, which has Kessler through the roof…

This is where the ad veers off the rails. Having noted that the Kochs opposed flood legislation—without mentioning that Cassidy was one of their chief opponents—Senate Majority PAC claims Cassidy would be in their pocket to do further damage to the flood victims of the state. This is nonsensical. It’s almost as if Senate Majority PAC claimed that 1 plus 1 equals 5.

If anything, Cassidy could run an ad saying that he took on the Kochs—even though they are backing him–and beat them. But the opposite can’t be true.

And then, the Pinocchios test…

Television stations in Louisiana should be ashamed of falling for such an obvious gambit. Individual lines may be true, but the net effect is highly misleading. Surely, the standards for political advertising in Louisiana need to be higher if residents are going to have a civil political debate.

This is the third time in a month that the Fact Checker has given Four Pinocchios to an ad sponsored by Senate Majority PAC. That’s a pretty dreadful track record, and does little for the organization’s credibility more than six months before the midterm elections.

Little wonder, then, that for all the money Reid has spent (well over $1 million at this point) on this race, Cassidy’s disapproval rate in last week’s Grigsby poll was only 12 percent.