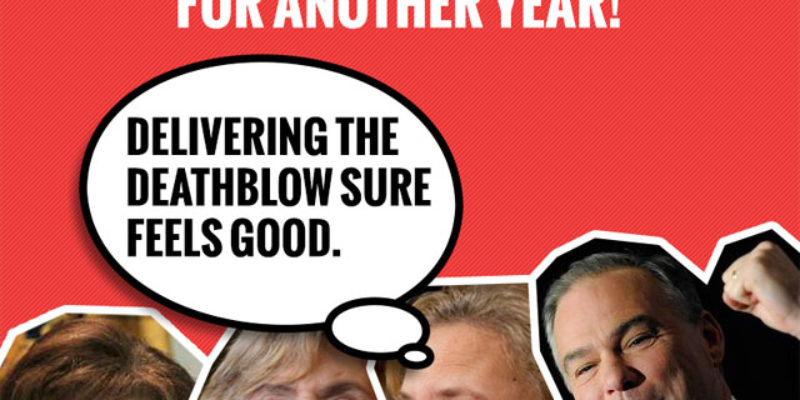 Yesterday’s vote in the U.S. Senate on ‘bipartisan’ energy legislation was a dismal failure.  And since when does a bipartisan measure count as three members voting across with the opposing party?  Hardly a resounding across the aisle compromise.

Again, how is this bipartisan?

It looks like yesterday’s stalemate is now the punching bag onto which Senator Landrieu hopes to heap all the Keystone blame.  What’s not taking blame is Landrieu herself who has made a decade long habit of giving cash to anti-Keystone Senators.  Not to mention her failure to offer her name as a cosponsor to Keystone legislation in 2011 that would have pushed the State Department to act (S. 1932, Introduced 11/30/11).  Even worse, the Senator says she’s ‘indispensible’ to Louisiana, but can’t move a like-party Senate, White House and State Department to act on Keystone.

The Senator is clearly sweating as Politico reported this week the Senator’s self described energy industry supporters said “I don’t think it bodes well for Mary Landrieu…It shows that even as chair of that committee, she doesn’t have enough clout to bring it up to a vote on the floor. It scares the hell out of me.”

You can call the Energy Efficiency bill bipartisan, and Mary Landrieu can blame Republicans for Keystone failure, but that doesn’t make it true.