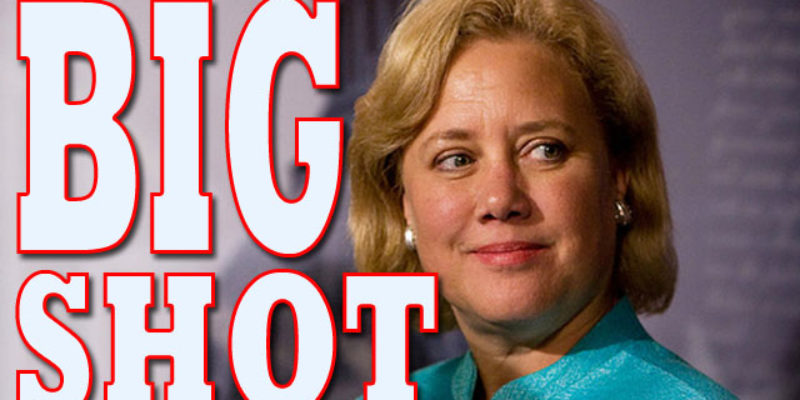 Today’s glaring example of Washington dysfunction and stupidity may or may not be a turning point of sorts in the public’s recognition of how poorly run the Senate is, but it might have something to show us about Mary Landrieu’s influence in that body.

What happened? A rather innocuous energy efficiency bill, which would have had amendments alleviating the Obama administration’s assault on the coal industry and expedited approval of the Keystone XL pipeline, bit the dust.

The AP report, via CNS News…

A widely popular, bipartisan energy savings bill fell victim in the Senate on Monday to election-year politics and the Obama administration’s continued indecision on the Keystone XL oil pipeline.

A procedural motion to end debate and bring the measure to a floor vote without amendments fell five votes short of the 60 votes needed for approval.

The legislation would tighten efficiency guidelines for new federal buildings and provide tax incentives to make homes and commercial buildings more efficient. It easily cleared a procedural hurdle last week but stalled after Republican demand for votes on the Canada-to-Texas pipeline and on new administration-proposed greenhouse gas limits for coal-burning power plants.

Republicans are united in favor of the pipeline and against the new power plant regulations, while Democrats are deeply divided on both. Senate Majority Leader Harry Reid, D-Nev., used a parliamentary maneuver to block Senate votes on the pipeline and power plant rules as part of the energy savings bill.

Reid blocked the votes on Keystone XL and the coal power plant protection, because there were enough Democrats ready to jump ship that both would have passed. Pure and simple. And because of that, the whole bill went down. Reid would rather kill a whole bill than lose an amendment which doesn’t affect its core.

And Mary Landrieu, the Energy Committee chair who is “indispensable” because she has so much stroke in the Senate, couldn’t stop him from blocking the votes on those amendments when she herself is an outspoken advocate of Keystone XL and supposedly understands the potential impact Keystone XL could make to Louisiana oil refineries along the Gulf Coast which would potentially increase capacity and hire more workers as a result of more crude to process.

That doesn’t speak too well of Landrieu’s influence with Reid, and it will feed the narrative that if you vote for Landrieu you’re really voting for Reid – because when there’s a conflict between Reid and what Landrieu says she wants it’s always Reid who wins.

So naturally, Landrieu is pounding on the table.

Except she’s not criticizing Reid for blocking the votes on the amendments and in so doing poisoning the well for the bill’s passage. Oh, no. She’s blaming Republicans for this.

Democrats also said the GOP wants to deny political cover to Sen. Mary Landrieu, who faces a tough re-election fight in Louisiana and to other Democrats in energy-producing states who have pushed for the pipeline’s approval during their campaigns. A Senate vote on the pipeline would help Landrieu and Democrats such as Sen. Mark Begich of Alaska, even if it fell short of the 60 votes needed to advance it. President Barack Obama delayed the project indefinitely last month, citing uncertainty over the pipeline’s route though Nebraska.

Landrieu, who chairs the Senate Energy Committee, has made Keystone approval an important part of her re-election campaign. She angrily denounced Republicans who opposed the energy bill, a move that also blocks a Senate vote on the pipeline.

“They chose to have an issue, as opposed to having a pipeline, and that’s very disappointing,” Landrieu said, naming Senate Minority Leader Mitch McConnell, R-Ky., as the chief culprit.

It’s hard to have a lot of sympathy for Landrieu. If she’s as influential as she says, and if she cares about Keystone XL as much as she says, you would have thought she would have been willing to get Reid to back off and let the GOP amendment she says she favors into the bill so it could be passed.

And why is she saying that GOP opposition to the energy efficiency bill blocks a vote on Keystone XL? From CNN’s report on the day’s activity…

Senate Majority Leader Harry Reid had warned he would only allow a vote on the separate Keystone bill if the energy efficiency legislation was cleared.

“There is bipartisan support for the underlying bill but there is an insistence to have votes and a real debate on energy policy,” Sen. John Cornyn, the second-ranking Republican, said.

Democratic leaders countered they had already made a major concession by agreeing to a vote on Keystone – a project opposed by many environmentalists and most Senate Democrats – and they did not want to agree to additional politically difficult votes on environmental and energy issues that divide their caucus.

Senate Majority Leader Harry Reid, who opposes Keystone, said he had agreed to allow a vote on a bill to approve Keystone in exchange for GOP votes to clear the energy efficiency bill, which is co-authored by Sen. Jeanne Shaheen, D-New Hampshire, and Sen. Rob Portman, R-Ohio. He balked when Republicans insisted on additional amendments to the energy efficiency bill, such as one to curb new EPA regulations of coal-fired electrical plants.

And this is Republicans’ fault for killing the bill.

Now, if Reid had offered to allow the Keystone XL amendment but said no on the relaxation of the regulations killing the coal industry – not to mention the other GOP amendment, which would be an expedited approval of more LNG export terminals – and the Republicans still killed the bill, Landrieu might have a decent argument about how the GOP wants an issue rather than a pipeline.

But Harry Reid has no credibility as a negotiating partner by this point. He can’t complain when he offers to pay Tuesday for a hamburger today and gets turned down. There’s only so much demonization and demagoguery, and so many lies, you can tell before the other side throws up its hands and says they’re not going to take it anymore.

Brit Hume, after the collapse of the bill, hit Reid between the eyes on Fox News’ Special Report today…

And while Landrieu tore into McConnell for his role in killing the bill after Reid blocked amendments most of the Senate would have voted for, her main opponent in the November Louisiana Senate election had a go at her. Rep. Bill Cassidy’s spokesman John Cummins took Landrieu to task…

“Landrieu’s PR machine screams about how vital her role will be for Louisiana’s energy economy, but so far, it’s only been vital for promoting herself. The stat sheet doesn’t lie. Over the last five years, we’ve seen our energy policy move backward – with less development on federal lands and lower lease sales,” said Cummins.

Cummins continued, “Louisianans know talk is cheap and want problem solvers. Dr. Cassidy led the coalition that created a flood insurance bill that could pass both chambers. He’s authored energy and revenue sharing amendments that have passed the House, but languish in Harry Reid’s Senate.”

At the end of the day, the best argument for getting rid of Landrieu is Harry Reid. With Reid in charge of the Senate, that body runs about as well as Mogadishu. And a vote for Landrieu is tantamount to a vote for Reid’s continued “leadership” – which not only poisons the Senate at large, it prevents any positive developments on an issue like Keystone XL which is not only supported by wide majority of Americans but clearly an item of particular interest to Louisianans Landrieu says she’s so important in serving.