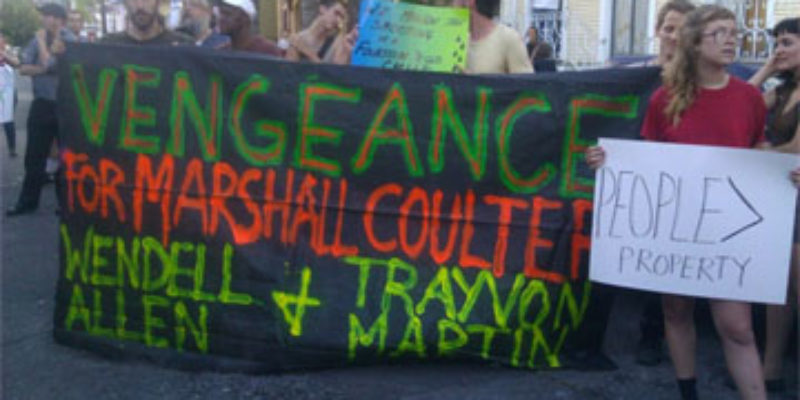 Incredible. And infuriating as well.

Remember the Merritt Landry case? Landry was the homeowner in the Marigny neighborhood of New Orleans who last year shot a teenager at 2 AM on a Thursday night after that teenager had scaled a six-foot-high spiked fence and was skulking in his yard.

For his trouble, Landry was charged with a count of attempted second-degree murder by Orleans Parish DA Leon Cannizzaro, a charge which a grand jury refused to move forward with at the end of February.

Well, while Cannizzaro has said he’s not sure what he’ll do with the Landry case, he’s going to have a different prosecution to deal with. Namely, that Marshall Coulter, the teenager Landry shot in the midst of what looked like an attempted burglary in progress, just got arrested.

The sources said Coulter was detained Friday afternoon by 8th District detectives after a resident in the 2000 block of Royal Street reported a burglary of their home. It was not immediately clear how police linked him to the crime.

New Orleans police spokesman Officer Frank Robertson III said he could not confirm details of the arrest Friday evening. He added he would not release the name of any juvenile suspect. No court or jail records were available in the case.

The Coulter family could not immediately be reached. A former neighbor said they moved in recent months.

The Coulter family has had an interesting time of it in recent months. Turns out that Marshall Coulter’s younger brother Devin – who was reportedly his lookout on the night he got shot in Landry’s side yard – was picked up in February during another caper…

Police make an arrest in connection with a pair of armed robberies in the Central Business District.

On Sunday, he and four others allegedly robbed a 72 year-old at Julia and O’Keefe.

When the victims started to run away, one of the robbers fired a shot grazing one victim’s neck.

Back to Marshall – that this kid wouldn’t take a lesson not to burgle people’s houses after getting shot in the head the last time he tried it teaches the rest of us who are a bit more impressionable a couple of things. First, Cannizzaro probably ought to cut Landry loose – if not give him a key to the city.

And second, while we’ve got too many people in jails in Louisiana we need to make some room for Marshall Coulter for as long as we can. Probably for his own safety, since the next time he picks the wrong house in the Marigny to burgle he’ll eat a lot more than just one bullet.

As a bonus…how do these guys look tonight? 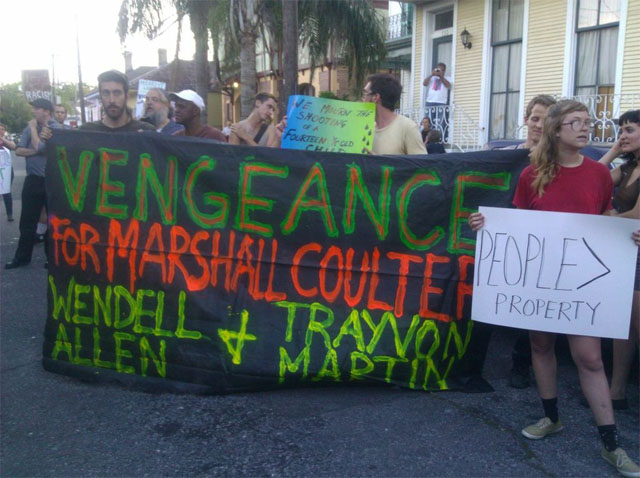 Interested in more news from Louisiana? We've got you covered! See More Louisiana News
Previous Article The Feds Nix Funding For Charity Hospital Privatization
Next Article LABI: A Busy Week Ahead In The Louisiana Legislature