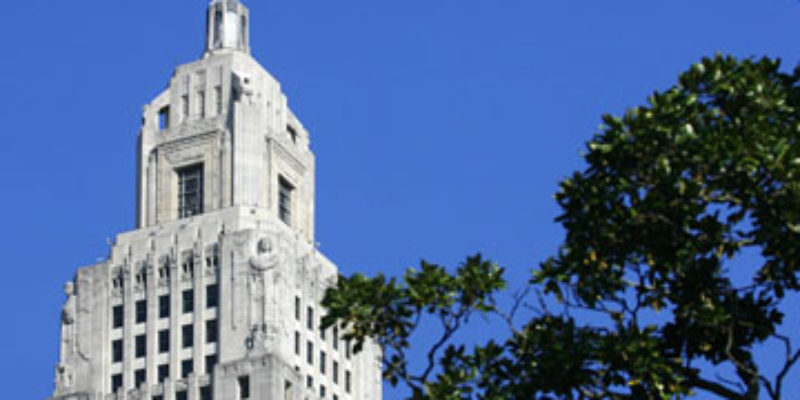 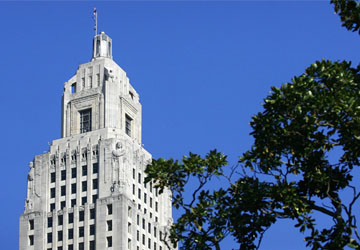 Editor’s Note: A post from our friends at LABI which offers a fairly good preview of several bills key to Louisiana’s economy moving in the state legislature this week…

In partnership with the Coalition for Common Sense, chambers of commerce, and trade associations across the state, LABI is strongly supporting lawsuit reform legislation this session.  The list below represents key pieces of legislation. Additionally, LABI continues to support many other bills filed by our partners.

1. Limit contingency fee contracts and add transparency and oversight to this process.

Contingency fee contracts can incentivize a range of concerns to businesses and taxpayers, not the least of which is state overreach and the regulation of private industry through litigation.  National experts note these lawsuits “seek to expand liability rather than enforce existing law” (US Chamber).

2. End the practice of “judge shopping” in latent disease cases.

House Bill 482 by Rep. Rob Shadoin requires that costly and time-consuming asbestos litigation be filed in the jurisdiction where the injury or damage actually occurred.  One leading insurer recorded drops in claims of 90 percent in Mississippi and 65 percent in Texas after they adopted statutory and judicial reforms related to asbestos litigation. Tightening up venue requirements in state law so that the lawsuit must take place where the injury occurred is a common-sense way to address fraudulent and excessive litigation related to asbestos claims in Louisiana, leaving resources and space for real claims to be filed and real victims to be compensated.  The bill passed the House floor on a 64-22 vote and is pending in Senate Judiciary A Committee. A hearing is anticipated next Monday, May 12.

A compromise solution was announced in March 2014 to the long-standing, unique Louisiana challenge of “legacy lawsuits” whereby landowners allege pollution or contamination of property resulting from the exploration and production activities of oil and gas companies.  A 2012 LSU study noted that legacy lawsuits have cost Louisiana billions of dollars in drilling investment and thousands of jobs.

Senate Bill 667 by Sen. Robert Adley is the centerpiece of legacy lawsuit reform. SB667 clearly defines contamination to ensure that a claim is based on unsafe or unsuitable levels, not merely the presence of a substance.  It clarifies the types and standards for damages that can be recovered in legacy lawsuits, injecting predictability into the process. SB667 specifies that when a responsible party admits liability for cleanup, then the cleanup plan structured and approved by the Louisiana Department of Natural Resources is the most feasible plan to evaluate and remediate environmental damage, strengthening the limited admissions process and generating more regulatory cleanups prior to lengthy and costly litigation.  The legislation authorizes attorney fees in favor of a party who is dismissed on a motion for preliminary dismissal, discouraging frivolous claims aimed at numerous people and companies in the chain of title. The bill passed the Senate floor unanimously April 22. An amendment to make the legislation prospective was approved in Committee, which LABI opposed and will seek to remove. The bill is scheduled for the House Civil Law Committee on Monday, May 5. Click the easy button at the end of this email to TAKE ACTION on this bill today.

House bill 613 by Rep. Neil Abramson will close a loophole to ensure cases actually valued at more than Louisiana’s jury trial threshold have the opportunity for a jury trial and cannot be divided into various suits in order to fall below the threshold. The bill establishes a new jury trial threshold of $100,000 as a ceiling for aggregate cases; otherwise, they cannot be consolidated to deny access to a jury trial. This bill passed the House floor on a 56-40 vote and is awaiting a hearing in Senate Judiciary A.

House Bill 925 by Rep. Kirk Talbot would have regulated lenders that provide loans to plaintiffs awaiting a judgment or settlement in a civil lawsuit—agreements that are often fraught with hidden fees and sky-high interest rates and are not regulated by Louisiana law today.  Although it failed in House Commerce Committee, the key component of the bill would have recognized that these transactions are loans and are subject to the Louisiana Consumer Credit Law and its caps on interest rates.  This same language was inserted into Senate Bill 299 by Sen. Dan Morrish, which remains an active bill on the Senate floor.

In recognition of the industrial and manufacturing renaissance taking place in Louisiana, LABI has made education and workforce a top priority in 2014.  The workforce solution will require a public-private partnership, and much of the actions and activities to support a strong workforce are underway or do not require legislation.  In the K12 arena, LABI supports the Common Core State Standards, the new JumpStart program, courses aligned with career and college readiness, and innovative training and delivery at LCTCS schools.  Legislation in 2014 focuses on bringing new actors to the workforce table, including higher education and the formerly incarcerated.

7. Incentivize the production of college graduates in high-demand fields.

House Bill 1033 by Speaker Chuck Kleckley and Senate Bill 526 by President John Alario create the Workforce and Innovation for a Stronger Economy (WISE) Fund to support degree and certification production and research priorities in higher education in high-demand fields to help meet the state’s workforce and innovation needs.  Subject to appropriation, the bill provides for a $40 million annual deposit to the Board of Regents that will be distributed to two and four-year institutions in accordance with a statewide workforce demand and gap analysis developed by the WISE Council.  This group will be made up of the four system presidents, the higher education commissioner, the Secretary of the Louisiana Department of Economic Development, the director of the Louisiana Workforce Commission, and the chair of the Louisiana Workforce Investment Council.  The Council is charged with creating a formula for distribution that includes a distribution of 80% based on degree and certification production in high-demand fields and 20% based on federally funded research expenditures.  To qualify for funds, the management boards must certify a minimum 20% private match, which can take the form of cash, in-kind donation of technology, construction materials, property, facility modification or construction, internships or scholarships, and faculty sponsorships or endowments.  The legislation also specifies that allocations from the WISE Fund must not be included in the general Board of Regents formula calculations, nor supplant any State General Fund allocations provided to institutions.  The House version of the bill passed the House floor unanimously on April 9 and is awaiting a hearing in the Senate Finance Committee.  The Senate version is pending in the Finance Committee.

House Bill 505 by Rep. Herbert Dixon and Senate Bill 339 by Sen. Jack Donahue will protect employers, general contractors, premises owners, and other third parties from civil liability for negligently hiring or failing to adequately supervise an employee or independent contractor solely because that employee is an ex-offender.  The bill limits the immunity to employers hiring offenders convicted of a misdemeanor or a non-violent, non-sexual felony and does not protect crimes committed that are substantially similar to the original crime if the employer knew or should have known about the original crime.  The House bill the House floor unanimously April 23 and is pending in Senate Judiciary A Committee.

9. Authorize a pilot program for sheriff training of inmates in partnership with industry.

House Bill 781 by Rep. Major Thibaut will establish a pilot program within the office of the Sheriff of Pointe Coupee to work with offenders through constructive initiatives designed to allow them to walk out of prison into a job, to reconnect with their families and their communities in positive ways, and to enable them to become taxpayers rather than tax burdens.  The bill will set up a system of pre-release services and authorize the sheriff to locate and obtain available funding for the initiatives called for by the bill. HB781 also requires the sheriff to set up a council of advisors to help with the creation, development, and implementation of the pilot program and to establish a timeline to report on the program’s results. This bill passed the House floor unanimously on April 14 and is scheduled to be heard Tuesday, May 6 in the Senate Judiciary B Committee.

House Bill 922 by Rep. Stuart Bishop and Senate Bill 551 by Sen. Peacock encompasses model legislation to define and limit “mass picketing” that hinders or prevents lawful work or employment, obstructs or interferes with the entrance of a place of employment, or obstructs the use of public roads, streets, airports, waterways, and other ways of travel in order to protest.  The bills will authorize courts to issue an injunction or restraining order upon an employer’s request for relief from mass picketing.  The bills also provide for penalties for contempt of orders enjoining prohibited mass picketing activities, of which the damaged party may be compensated by the court if damages to business sales results.  Both bills are awaiting their first hearing in the respective Labor Committees.

11. Bring Louisiana’s plumbing code into alignment with other states.

House Bill 1048 by Rep. Erich Ponti will require the Louisiana State Uniform Construction Code Council to adopt the International Plumbing Code by January 1, 2015.  The bill prohibits the Louisiana Department of Health and Hospitals from establishing rules or policies that supersede or circumvent the International Plumbing Code.  The bill clarifies that the local building official has the authority to enforce and interpret the plumbing provisions.  This bill passed the House floor April 9 on a vote of 69-25. The bill was originally sent to the Senate Health Committee but re-committed with our support to the Senate Commerce Committee. The bill was heard on April 30, but not voted on – it is now scheduled for Wednesday, May 7.