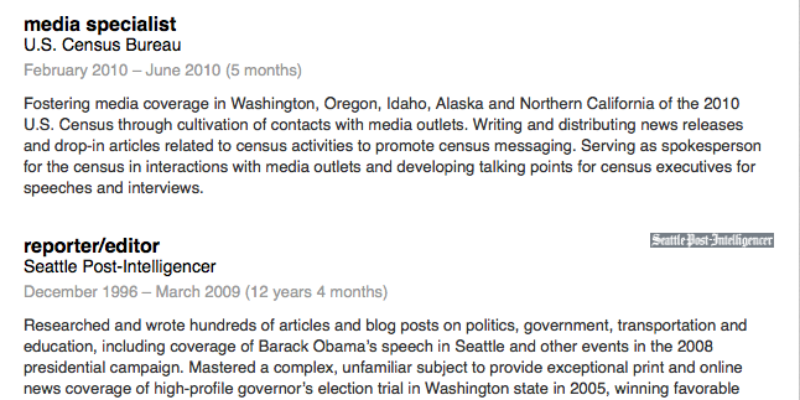 Louisiana is a red state and it’s getting redder. This fact is neither being led by nor reflected in its mainstream media.

Take the Baton Rouge Advocate, for example. A little birdie passed along to us that the paper found an old Times-Picayune veteran to add to its reportorial staff, specifically with respect to politics.

His name is Gregory Roberts. And here’s his bio, from his LinkedIn page… 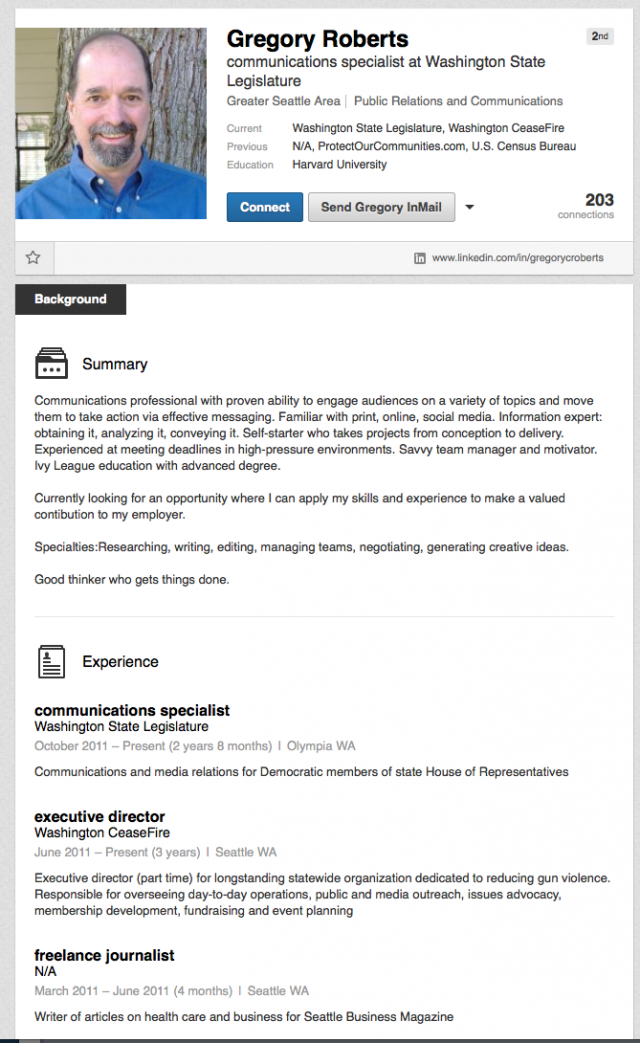 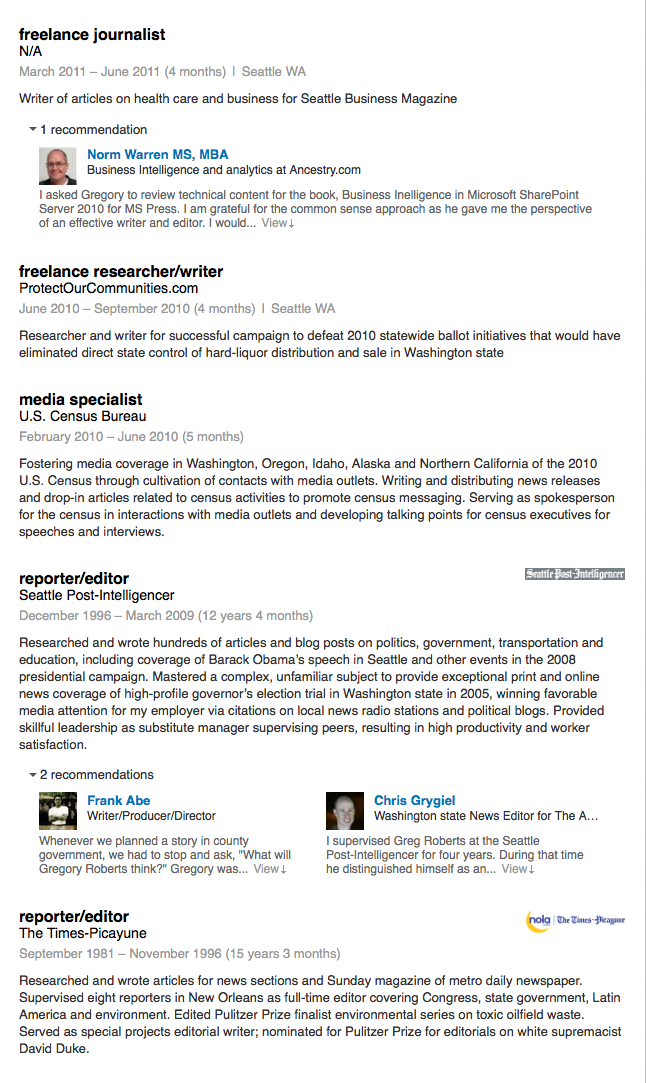 Much of the editorial management at the Advocate came from the Picayune, so there’s an element of “putting the band back together” here.

But does anybody really think Roberts is going to cover politics objectively for the Advocate? If so, what in this bio would give you that idea? Is it the fact he’s coming from a job as the press flack for the Democrats in the Washington state legislature? Or that before that he was the communications guy for a gun control group?