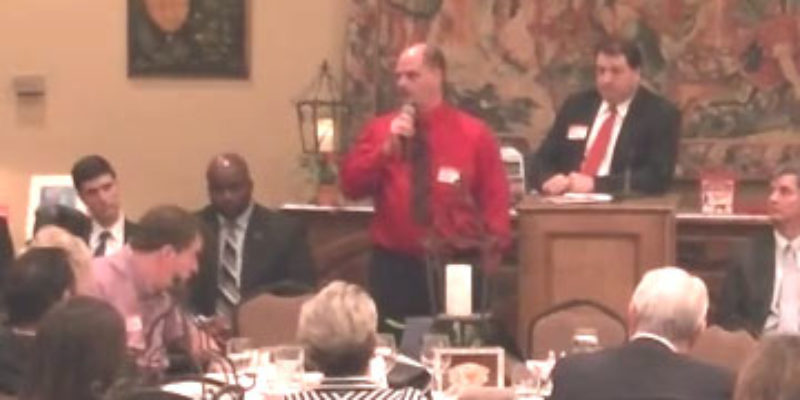 The second question, for the seven Republican candidates participating in the Louisiana Strong candidate forum Thursday night, was this:

The big controversy this week has to do with the revelation that the White House political team was behind the decision to send Susan Rice to the Sunday news shows to present an Al Qaeda attack on our diplomatic installation in Benghazi as the outgrowth of a protest in reaction to a YouTube video rather than something we now know – and our national security and intelligence communities knew at the time – was far more systematic. Were you in Congress, what response would you favor as a way of dealing with those revelations, and what do they say about American politics and leadership?

We had a bit of an unauthorized participant during the questions. Thankfully, that didn’t happen again, and it was brief.

See the candidates at Thursday’s forum introduce themselves here. And see the answers to the first question here.