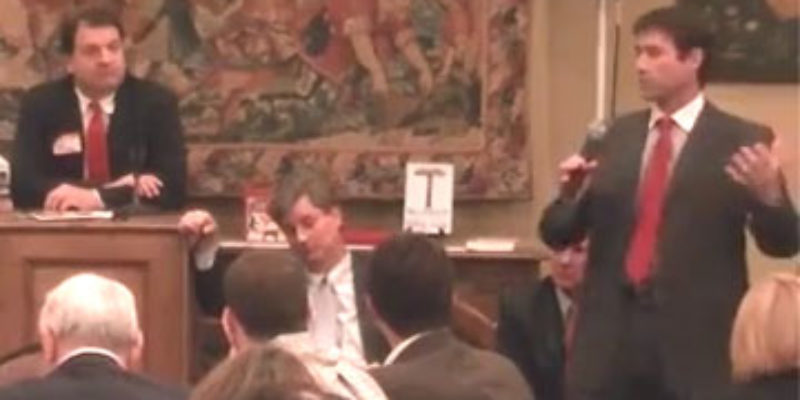 The third question, for the seven Republican candidates participating in the Louisiana Strong candidate forum Thursday night, was this:

“It also surfaced this week that our first quarter GDP growth number was 0.1 percent, and that number would likely have been negative but for a big spike in health care spending required by Obamacare. But in Louisiana, we’re in the midst of some $60 billion in capital investment just this year in the manufacturing and petrochemical sectors, we’re at 4.5 percent unemployment with over two million private-sector employees and it looks like the bad national economy might be the only thing keeping us from a rapid economic boom. Clearly this is a poor U.S. economy. How do we get it up off the canvas so that Louisiana can have the renaissance we deserve?”

The answers to this one were, we thought, the best of all the questions Thursday night. The answers, from Garret Graves, Craig McCulloch, Dan Claitor, Norman Clark, Trey Thomas, Paul Dietzel and Bob Bell…

See the other video clips from Thursday’s Louisiana Strong event…

Interested in more national news? We've got you covered! See More National News
Previous Article VIDEO: The Louisiana Strong 6th District Candidate Forum (Question 2)
Next Article VIDEO: Landrieu Says Getting Rid Of Her ‘Would Not Be A Good Thing’