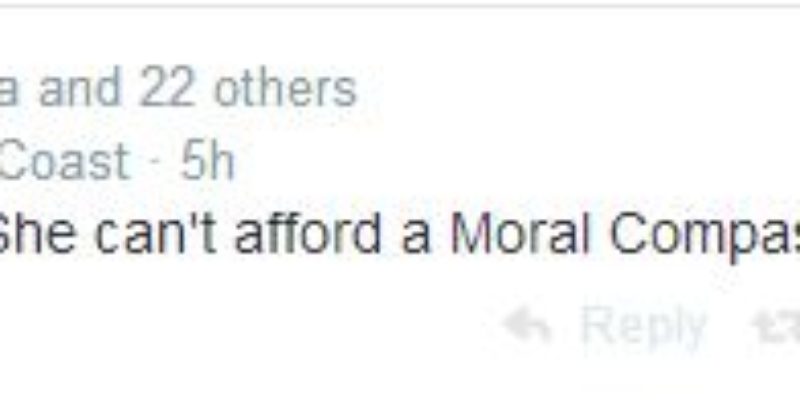 If you missed it, today’s Quote of the Day is from the irritating and ridiculously unskilled liar Hillary Clinton, who attempted during a carefully scripted Diane Sawyer interview to make the case that she and her husband were “dead broke and in debt” upon leaving the White House.

DrewM. at Ace Of Spades did a brilliant job of dismantling this asininity earlier today…

Let’s look back to how the Clintons left the White House.

Senator-elect Hillary Rodham Clinton agreed last night to sell Simon & Schuster a memoir of her years as first lady, for the near-record advance of about $8 million.

Bill was pulling down $200K in pension as an ex-President (that’s just cash and doesn’t include office staff, protection, etc).

Of course that was just to hold him over until August of 2001 when he signed his book deal which was worth….$10 million.

$18 million in 8 months. It’s a wonder they ever made it through. Hell, they probably had to consider sending Chelsea to the local community college or something.

Thank God that will some tough choices, thrifty habits and aggressive coupon clipping, these plucky kids made it through.

This would be a good time for me to remind you of something most people seem to have forgotten until today….Hillary Clinton is a terrible political candidate.

One thing which makes a political candidacy’s inadequacies apparent is how wide open to ridicule it makes itself.

And Twitter and Facebook are terrific media for political ridicule. Which is being shown today with the debut of a new hashtag… 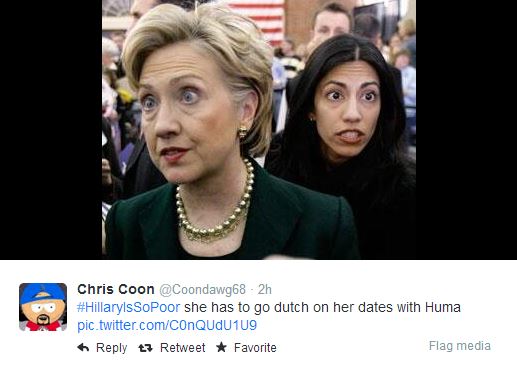 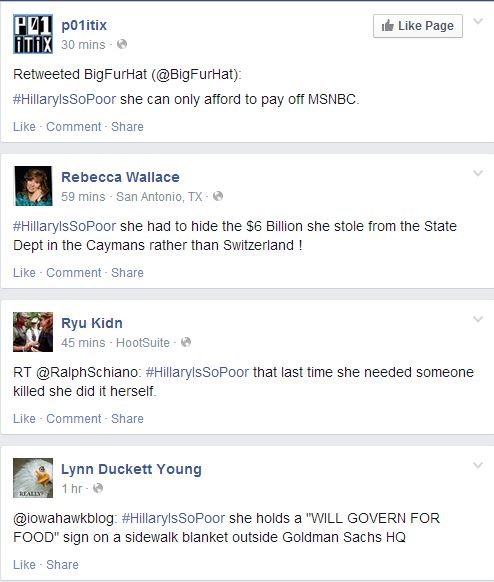 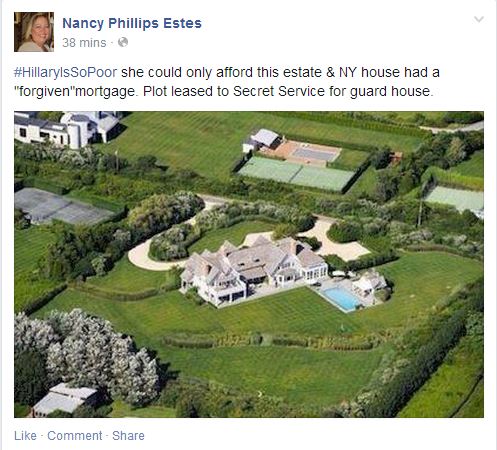 She can’t get away with shameless lies like that. She doesn’t have the charisma for it, and considering her utter lack of any meaningful accomplishments or actual qualifications for the most important job on the planet – and the negative experience most of the country is having with the current occupant of the White House who shares that lack of achievement – she can expect more of the same as she attempts to craft a campaign for 2016.