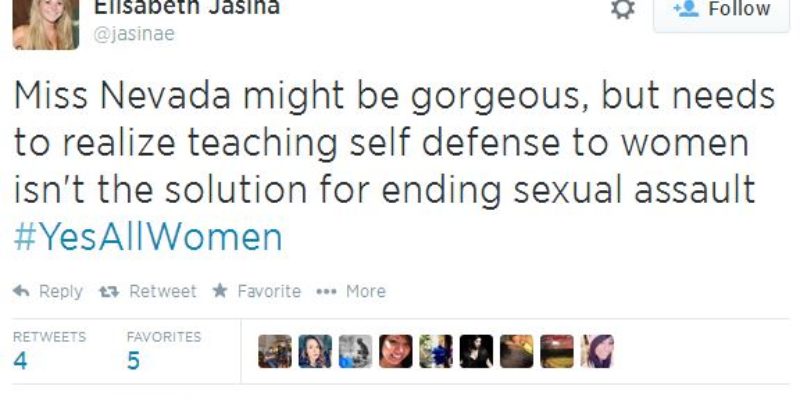 Miss Nevada Nia Sanchez, who was crowned as this year’s Miss USA at the annual beauty pageant in Baton Rouge last night, is no particular fan of the Left’s fixation on “rape culture.” And she said so after being asked a question about sexual assaults on college campuses.

“I believe that some colleges may potentially be afraid of having a bad reputation and that would be a reason it could be swept under the rug, because they don’t want that to come out into the public,”Nia Sanchez said. “But I think more awareness is very important so women can learn how to protect themselves. Myself, as a fourth-degree black belt, I learned from a young age that you need to be confident and be able to defend yourself. And I think that’s something that we should start to really implement for a lot of women.”

Naturally, this set off wailing and gnashing of teeth among the Feminist Left. A sampling… 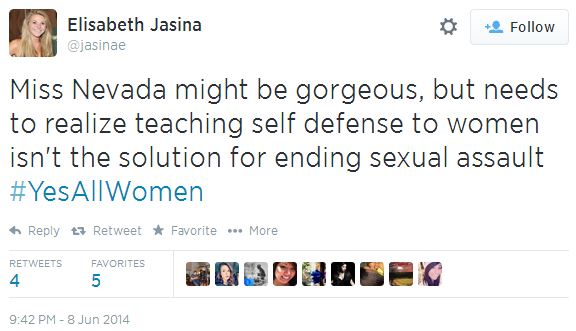 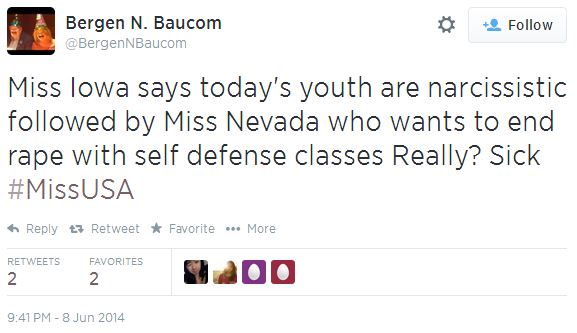 You would think that encouraging women to have self-defense skills so as to make it more difficult for criminals to violate them would be a relatively feminist thing to do. Instead it looks like some of the modern-day #YesAllWomen crowd are more interested in making male criminals politically correct than female would-be victims harder to victimize.

Interested in more national news? We've got you covered! See More National News
Previous Article Y’all Hear About The Cat From Starkville Who Tore Into Lafayette This Week?
Next Article AFTERBURNER: Evil, Or Stupid (Or Both)?