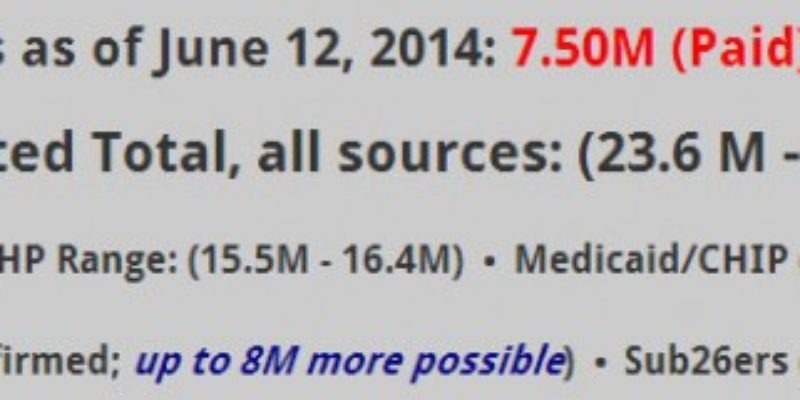 Here is Bob Mann, writing in the Times-Picayune on Sunday to tell you that Bill Cassidy and David Vitter aren’t saying much about Obamacare because they realize how awesome it is…

Republicans aren’t savaging Landrieu about the ACA because they know such attacks won’t work. The ACA might not be overwhelmingly popular in Louisiana (and other places), but it’s becoming more widely accepted and successful. For example, in Louisiana, a clear majority opposes its repeal, preferring, instead, to fix it. That’s why, in his spot, Cassidy’s carefully says he wants to “replace” the law (with what is not clear).

Even Gov. Bobby Jindal, a few months ago, advised the GOP to not run the 2014 election solely on repealing Obamacare.

Most telling, however, was what occurred last Monday during Sen. David Vitter’s appearance before the Baton Rouge Press Club. Vitter is running for governor next year, but his former communications director is running Cassidy’s campaign. Vitter is close to Cassidy and has every reason to want Landrieu defeated.

Therefore, when reporters asked Vitter about the ACA’s Medicaid expansion provision (which Jindal refuses to accept), he could have easily attacked Landrieu on Cassidy’s behalf. He didn’t. Instead, Vitter said he might be open, under certain circumstances, to accepting the federal funds to expand Medicaid.

Some of this was probably a result of Vitter’s reflexive dislike of Jindal, whom he obliquely ridiculed during his Press Club appearance. But Vitter’s statement that he would consider accepting Medicaid was also significant for what he left unsaid, but clearly implied: The Affordable Care Act is here to stay.

Vitter might have said, “Here are my ideas about how to better care for Louisiana’s working poor who don’t have health insurance, after we repeal Obamacare.” He could have ignored the question and launched a gratuitous attack on Democrats, like Landrieu, who supported Obamacare. He could have endorsed Jindal’s alternative health care plan. But he didn’t.

We addressed this pathetic fabrication, that Vitter is somehow supportive of Medicaid expansion, here after his Baton Rouge Press Club speech last Monday. Vitter then was on talk radio in Lafayette confirming our position and demolishing the idea he’s for Medicaid expansion unless that program is completely blown up and rebuilt. Listen to it here.

Vitter’s answer to the Medicaid question was a bow to the obvious: Obamacare is permanent. After the 2014 elections, most Republicans will finally acknowledge that fact. If they’re smart, they’ll pitch in and help Democrats fix it. If they’re wise, they’ll acknowledge that it was originally their idea (it really was). Within the next 10 years, they’ll almost certainly fully embrace it because the ACA will be, like Social Security and Medicare, among the most popular federal programs in history.

It’s not yet a perfect bill. (Social Security, passed in 1935, has been a work in progress for decades, as is Medicare.) But the ACA is working in many of the ways that Obama and its supporters in Congress promised.

The national uninsured rate is plunging, now at 13.4 percent, down from 18 percent this time last year. Increasingly, insurance companies are seeking to join state health care exchanges, which will increase competition and should further lower premiums. As many as 28.2 million formerly uninsured people now have health insurance because of the ACA (by virtue of state exchanges, Medicaid expansion, children covered under their parents’ policies, etc.).

In Minnesota, which has participated fully in the health care law, a recent study showed a 40 percent drop in the number of uninsured citizens, from 8.2 percent to 4.8 percent.

He’s not wrong that Medicare and Social Security are popular, as those things are viewed favorably in polls. That said, when Paul Ryan began a conversation about fundamentally changing those programs in advance of his nomination for Vice President on the Romney ticket he didn’t collapse American society. In fact, Ryan’s policy discussion about substantial change within those programs didn’t stop Romney/Ryan from winning a substantial majority of the vote by Social Security and Medicare recipients.

Funny how he doesn’t mention, and this is the reason Ryan could grasp that Third Rail Of American Politics without electrocuting himself and his party, the fact that Social Security and Medicare are absolutely bankrupting the federal government. We can keep that in mind as his other favorite socialist enterprise which he will not call Obamacare is evaluated on that basis in a minute.

But keep in mind Mann’s 28.2 million number of “formerly uninsured people” that he claims are now covered.

Because now, we turn to Sharryl Attkisson’s piece at the Daily Signal today. Attkisson, who tends to be pretty savvy in describing the actual performance of government – so much so that she’s now a free-lance journalist rather than CBS News’ best investigative reporter, isn’t so sanguine about how awesome Obamacare is…

In April, President Obama told the nation that “marketplace” or “exchange” enrollment, at 8 million customers as of March 31, had exceeded expectations and costs were lower than expected.

Many in the news media accepted the selectively released statistics, despite the Obama administration’s record of sometimes providing inaccurate or incomplete information on HealthCare.gov. Even today, the government continues to withhold relevant public information on costs and enrollment requested by Congress and the press under the Freedom of Information Act.

The administration hasn’t released any enrollment figures in the last 2 ½ months, and a spokesman from the government’s Centers for Medicare and Medicaid Services, which helps oversee Obamacare, said the agency is not likely to issue any updates soon.

As of March 31, according to the Obama administration, 8 million people signed up for private insurance in the Health Insurance Marketplace, exceeding its target of 7 million.

“The Affordable Care Act is working,” said an April 17 White House fact sheet. “It is giving millions of middle class Americans the health care security they deserve, it is slowing the growth of health care costs and it has brought transparency and competition to the Health Insurance Marketplace.”

But the 8 million figure is overstated because it counted people who weren’t actually covered because they hadn’t paid their premiums, which Blue Cross, analysts and the government agree is in the 15 percent to 20 percent range.

Therefore, the actual number of Obamacare enrollees as of March 31 was likely between 6.4 million and 6.8 million, below both the administration’s figure of 8 million and its stated target of 7 million.

So we’re down to something more like 6.8 million Obamacare enrollees rather than the eight million the administration claims, but that’s not the real number…

Estimates of how many marketplace enrollees were previously uninsured range from about one-third to more than half, depending on the survey and the methods used.

A recent Kaiser Family Foundation survey found that 43 percent of those who purchased insurance through the marketplace already had insurance; 57 percent are newly insured.

“The enrollment figures for marketplace coverage will grow over time, assuming that the exchange insurance plans don’t fail as a result of adverse selection,” said the source who supports and helped implement Obamacare. “But the impact on reducing the uninsured so far is very disappointing.”

Laszewski said he believes about half the new enrollees were previously uninsured and many others had insurance but were shifted into the exchanges because of changes caused by Obamacare.

The Laszewski Attkisson mentions is Robert Laszewski, who more or less represents the gold standard among health care policy analysts. He’s worth remembering as a source.

Another number falls short as well. The source who supports and helped implement Obamacare said about 38 million uninsured are eligible for Obamacare and “all of them should be interested in obtaining it.”

Assuming the most positive estimates—that 85 percent of the 8 million enrollees have paid their premiums and 43 percent had coverage before—the newly insured would number only about 3.9 million. By this time, CBO had projected 19 million would have been removed from the ranks of the uninsured, and CMS predicted 26 million.

And a handy graphic…

So where does Mann get his 28.2 million newly-insured figure from?

He gets it from something called ACASignups.net. Here’s a precise, scientific calculation of the Obamacare impact…

Who does ACASignups.net? Says the site’s publisher:

That’s Bob Mann’s source for his claim of 28.2 million newly insured people thanks to Obamacare – and if you’ll notice, he’s taking the absolute top range of the website developer in Michigan’s numbers.

The website developer in Michigan’s name, by the way, is Charles Gaba, and it turns out he’s also a Democrat campaign volunteer in Michigan who says he’s merely objective about Obamacare because what he really wants is single-payer health insurance.

So given all this, the choice is yours: do you think Bob Mann is correct? Or would you go with Sharryl Attkisson instead?