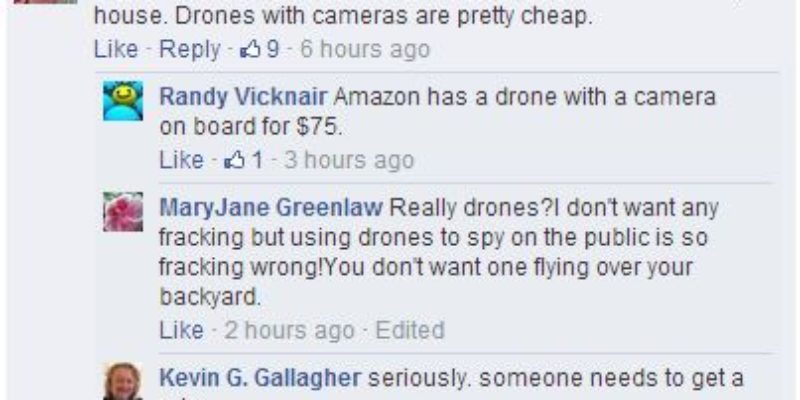 For the latest in the St. Tammany Parish anti-fracking horror show, we present this…

The comments represent some of the utmost stupidity. A sampling… 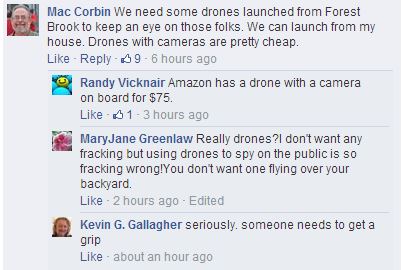 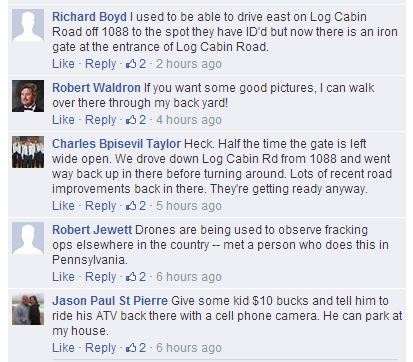 If you look, you’ll find a smattering of dissent about the abject creepiness of the project in question – but it’s clear that for most of these people the violation of private property inherent in trying to stop a landowner from accessing his mineral rights isn’t quite enough and there must also be a physical invasion of said landowner’s property to monitor whether he’s preparing a drilling site. And to do this with chartered air (the results of their examination were “inconclusive,” meaning that none of the morons on the plane had the first idea what a drilling pad in preparation even looks like so they wouldn’t have a clue whether that’s going on at the Poitevent property), or drones, or ATV’s or SUV’s or even on foot.

A message to the anti-frackers in St. Tammany: you don’t have a legal right to trespass on someone else’s property to see whether they’re preparing a drilling site in advance of getting a permit, and if you do trespass on their property and you get shot, it’s your stupidity and disrespect for their property rights which kills you.

These people are creeps and morons, and they should have been sharply rebuked by the political leadership in St. Tammany. Instead, the political class in that parish ran for the hills and has already wasted some $25,000 in legal fees, according to our sources, in filing a lawsuit attempting to stop the state Department of Natural Resources from engaging in the permitting process.

That lawsuit has no chance of success. By statute DNR is the sole authority in Louisiana who can issue permits for oil and gas exploration, and the St. Tammany Parish Council, in service to the abovementioned creeps, can’t stop it.

We’re also told that in the next week or so the Parish Council will appropriate another $100,000 for this suit. That will make $125,000 in taxpayer dollars wasted on idiocy and hysteria.

Last weekend there was something called Frackstock in Covington, in which a collection of dimwits came out of the woodwork to hear music from a bunch of bands no one has ever heard of interspersed with incoherent lectures about how hydraulic fracturing causes earthquakes and sneezing and will ruin the water supply. None of this is true, mind you, and the evidence against it is exhaustive, but they’re holding these events in pursuit of making anti-fracking the culturally hip, cool position to take. There will be another event in Baton Rouge this weekend, as the Sierra Club is organizing a “march” of some sort to protest hydraulic fracturing. The idiocy and hysteria is being fueled, and it is growing.

But maybe the fact these people want to invade private property in order to spy on their neighbors will pull some of their number back from the ledge.