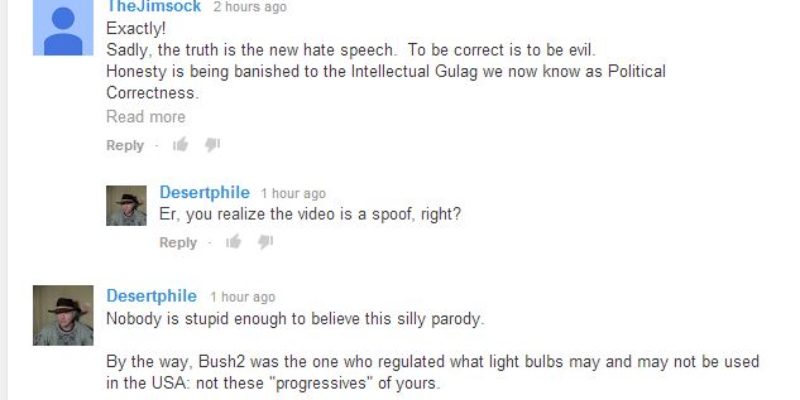 You probably won’t see a politician come out as forcefully as this on the “climate change” issue, ever. But Whitney is running for Congress in LA-6, and she’s part of a massive field of candidates in a race with 43 percent of the voters undecided. Taking a position like this – picking a fight on terms which she believes favors her – is one way to distance oneself from that field.

Thus, a position statement video which takes a position folks in the oil and gas industry in the southern part of LA-6 – and the petrochemical folks in the middle part of the district – will love, and which the leftists will hate. The calculation here is that the hatred of the lefty blogs and the Green Army/Bucket Brigade crowd will make Whitney the conservative favorite in the race and allow her to eat into Paul Dietzel’s numbers…

The downside to this isn’t that somehow somebody is going to prove global warming is real, or at least that certainly won’t happen before Election Day in November. The downside is that Whitney will get Sarah Palin’ed or Michele Bachmann’ed by the local papers and TV stations.

Because there is such a large field of Republican candidates in the race and so many of them will run as solid conservatives, if you come off as a ranter or a yokel a lot of voters will move on to the next guy. You can avoid that by knowing the issues inside and out and defending your statements and positions better than the next guy.

Whitney seems to do a good job on that with the global warming issue, and she also delivers the point behind it – namely that energy security is a big deal and good for the economy, and it would be nice if we could pursue that without getting it mucked up by a bunch of nutbags who think Al Gore is actually a scientist – pretty well. This is no rant, though the Left will certainly play it that way. In the comments at the YouTube link, you’ll find this goofball… 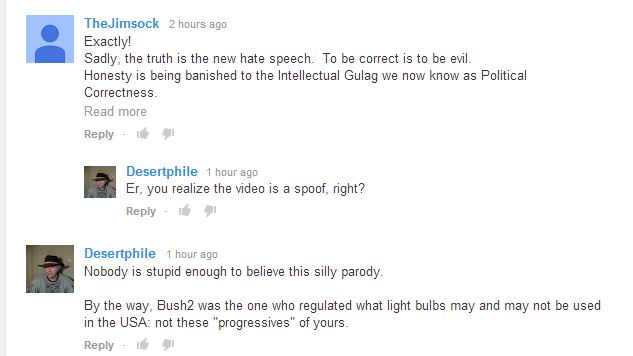 The more people see this video, the more “Desertphiles” you’ll see in those comments.

The one thing we wish had made it into the video is the new EPA “climate change” rules, which will require that Louisiana cut its carbon dioxide emissions by some 40 percent – which is impossible to do, will hike the electric bills of everybody in the state by as much as $200-300 a month and will kill jobs currently existing, not to mention the jobs our coming industrial boom would create. That’s an issue which hasn’t gotten the play here in Louisiana it should so far, and it’s quite possibly the single largest example of federal abuse threatening our economic future.

And it’s precisely on point with Whitney’s video. She might want to do a follow-up explaining that those EPA rules are (1) based on a hoax, (2) potentially devastating to our economy and (3) something which requires a hard-ass new member of Congress to fight.