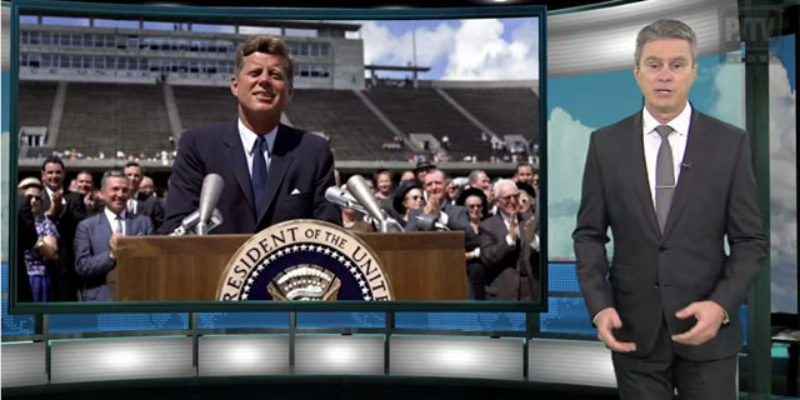 Its been 45 years since man walked on the moon for the first time. Have we been challenged since? Or are we a windless sail, full of potentital without a direct challenge? We tamed a continent, we conquered the skies, and we did fly to the moon–don’t let us, as a people, only have political discussion as our challenge.

Whittle is a proponent of “private space” – namely, opening space travel up to private companies and largely getting governments out of the game. He has offered up an idea for a subscription-based space program, for example, in which folks sign up to pay $10 per month to a company which will develop a manned space program and charge high-end customers a substantial fee to ride on rockets into space while conducting a lottery for the $10-a-month crowd to ride along as well. Therefore, no tax dollars or coerced funds of any kind would be necessary to go back into space.

So when he talks about space travel, he’s coming from an interesting perspective.

And he’s correct that the liberal welfare-state challenge – to feed everyone, give health insurance to everyone, to “save the planet” by forcing everyone to drive a Smart Car – is beneath a great people. There’s a reasonably good metric for this; namely, that so far every country which has embraced the socialist nanny-state model has either collapsed or descended into a slow fade.

You can’t reach an apogee in the midst of a slow fade.