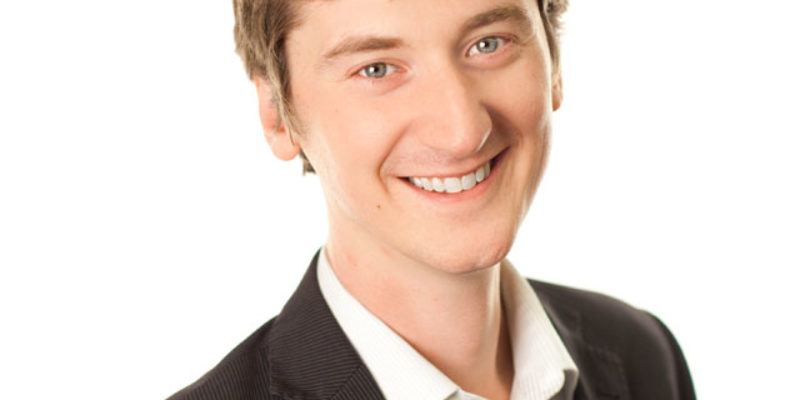 If you haven’t, we’ll help with that.

Hewitt, who might be the most underrated of the major conservative talk-show hosts, has a practice of grilling left-wing journalists on his show by asking them what books they’ve read on topics they write about. Invariably, his interviewees show themselves to be remarkably, breathtakingly uninformed and poorly-read on those topics – but that ignorance hardly gives them pause.

This phenomenon was on display in technicolor when Hewitt had Huffington Post reporter Zach Carter on his show last week. Carter, who is HuffPo’s Senior Political Economy Reporter, found himself on Hewitt’s radar after issuing a scathing rebuke to statements made a few days earlier by former Vice President Dick Cheney on Iraq, and its collapse, and the reasons behind it.

Carter’s rebuke contained a lot of the usual liberal nostrums, most of which fly in the face of reality and don’t particularly square with the known facts people who are well-read on Iraq have at their easy command. So Hewitt decided to find out just how much Zach Carter knows – and what followed was one of the more painful, yet entertaining, interviews you’ll hear.

Last week, conservative radio host Hugh Hewitt interviewed Zach Carter, who is The Huffington Post‘s senior political economy reporter. The interview’s purpose was to discuss Carter’s negative response to Hewitt’s previous interview of former Vice President Dick Cheney. The interview was lively and interesting but it did not go well for Carter, who was forced to admit his ignorance of the historical context of the situation in Iraq.

Looked at one way, the interview might almost seem like pointless point-scoring. In response to Hewitt’s questions, Carter admitted he didn’t know who Alger Hiss was and that he hadn’t read The Looming Tower. Those two questions are standard questions for Hewitt’s interviews.

But then Carter said he hadn’t read various other books, such as Bernard Lewis’ Crisis of Islam, Robin Wright’s Dreams and Shadows, or Thomas P. M. Barnett’s The Pentagon’s New Map. He said he hadn’t read Dexter Filkins’ The Forever War but that he’d “read a lot of the stuff that he’s written for The New Yorker.” Filkins joined The New Yorker in 2011. He said he does not read politician’s memoirs, including Cheney’s or George W. Bush’s. That he was unaware that Bill Clinton had bombed Iraq in 1998 or that Gadhafi had reportedly disarmed in 2003. He admitted he doesn’t know who A. Q. Khan, the father of the Pakistan bomb and godfather of Iranian and North Korean nuclear programs, is.

It’s such a display of ignorance that it seems almost unfair. But looked at another way, it’s simply a good interview where Hewitt seeks to establish Carter’s background and breadth of knowledge in order to help listeners know on what basis he critiqued Cheney.

You can see this kind of thing all the time if you watch MSNBC or CNN, where you’ll run across a lot of guest shots by younger reporters for left-wing media outlets who really have no clue what they’re talking about. You can also see it when you visit HuffPo or BuzzFeed or Vox, Slate or Salon, as Hemingway notes.

And as is made clear in Hewitt’s interview of Carter, when you’re trashing Dick Cheney on Iraq without even knowing that Bill Clinton bombed the place back in 1998, you’re uninformed.

UPDATE: Slate’s Dave Weigel, whose name comes up in the Carter interview (he’s a friend of Carter and another outstanding example of what Hemingway is talking about), doth protest too much…

Everyone’s ignorant about something. Sherlock Holmes* didn’t know that the Earth revolved around the sun, because it wasn’t pertinent to his work. There are times when you want to know how much your subject knows about the issue he’s voting on or talking about. Does he believe in a now-discredited enviromental theory? Does he believe the Bible is literally true? Does he believe life begins at the moment of conception?

But, as Hugh Hewitt once suggested, there are times when this really is a gotcha exercise.

Weigel then posts a transcript of an interview Hewitt had with Sarah Palin, in which he asked her about the grilling she had received on how well-read she was when running for Vice President in 2008.

But of course, that’s the point, right? While it might have been acceptable for leftist media types to attempt, successfully or unsuccessfully, to expose Palin as a rube, Hewitt’s exposure of Carter as an even more uninformed rube has to be considered fair game as well, no?

Interested in more national news? We've got you covered! See More National News
Previous Article If Y’all Can Get Through This Whole Thing, You Get A Prize
Next Article BAYHAM: The Return Of The King