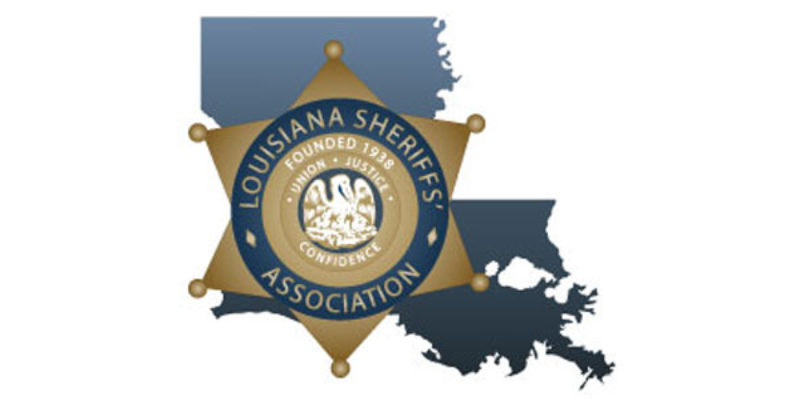 It’s by no means the first time that the LSA has backed Landrieu; they did the same thing in 2008.

But given the way the winds are blowing in Louisiana these days, you wouldn’t expect that to happen again. After all, there are more Republican sheriffs in Louisiana than there used to be, although the breakdown of the  association’s membership is still 39 Democrats, 18 Republicans and seven independents.

But at the LSA’s convention in Destin last week, the sheriffs decided to go with their old standard.

As we’re told, though, Mary didn’t have it easy this time. In fact, our source tells us the first vote was not to endorse at all in the Senate race. It was only after Landrieu’s people raised hell and started breaking arms that another vote was taken and eight sheriffs agreed to change their minds and make an endorsement. And on the endorsement vote Bill Cassidy got 23 votes.

Why would the sheriffs back Landrieu against the general anti-Democrat tide in the state? Fairly simple. Mary Landrieu is on the Senate Appropriations and Homeland Security committees. That means Mary Landrieu can deliver those sheriffs as much federal sugar as they can stand. Which is why Landrieu’s people could raise hell and negate that vote not to endorse.

Our source made mention of how vindictive Landrieu is, and how the sheriffs couldn’t tell her people no when the chips were down for fear of what would happen to that federal sugar.

Politically, a sheriff is far and away the most powerful local government official in Louisiana. In practically every parish. They run the parish jails, they’re the lead law enforcement official, they control either the largest or one of the largest payrolls and budgets in every parish. Only in the absolute most populous parishes is the sheriff not practically a feudal lord of the public sector.

And of course, they’re not term limited. They stay sheriffs for a long, long time in most cases.

But Gov. Bobby Jindal rode into office in 2007 on the strength of an endorsement from the sheriffs, and Jindal has largely given them whatever they’ve wanted since he’s been in office, with a few exceptions.

One wonders whether it’s time to consider changing a few things in Louisiana politics, if you’re the Republican Party. After all, if these old bulls, who represent some of the last remaining pillars of Democrat strength in the state, want to back Landrieu in a race that might decide whether Harry Reid continues to run the U.S. Senate for fear of her reprisals perhaps it’s worth considering making a showing of what a Republican governor and a Republican legislature could do to punish them for backing Mary.

Particularly when there are lots of things which are relatively popular with the public and represent very defensible public policy that the sheriffs really won’t like.

One example: local term limits, which was brought up and debated in the legislature this year, but killed by the LSA and the Louisiana Municipal Association. There is polling out there, though we can’t find a link for it at the moment, to indicate the public supports term limits for local elected officials.

And another: prison reform. The sheriffs make a killing off housing prisoners, but Louisiana’s prison population is so unbelievably high that our state resembles a Soviet gulag. Virtually everybody knows this can’t continue, and prison reform in Louisiana is inevitable. Perhaps it’s time for the Louisiana GOP, or legislative leaders within it, to put that reform on the front burner.

The latter two ideas might have the benefit of shaking loose a few votes in the black community, which we all know is not particularly thrilled with some of the disproportionalities involved in incarceration and drug enforcement current policy produces. We’re not turning into 1960’s bleeding heart liberals here, but when your incarceration rate is nearly five times Iran’s, 13 times China’s and 20 times Germany’s, you don’t have to be a dirty hippie to recognize something very wrong is going on in this state. And while the sheriffs think it’s great, the black community isn’t all that amused by the fact that one in seven black men in New Orleans is either in prison, on parole or on probation. That’s certainly not all on the sheriffs, but there are people in those jails who don’t have to be there and if an effort is made to get them out it could be helpful to getting a better reception for other conservative ideas from that community.

The fact is, the sheriffs have gotten a free ride in Louisiana politics for a long time. If they want to act as a rearguard for Landrieu, why not explore some public policy changes the rest of the state will like a lot better than they do?