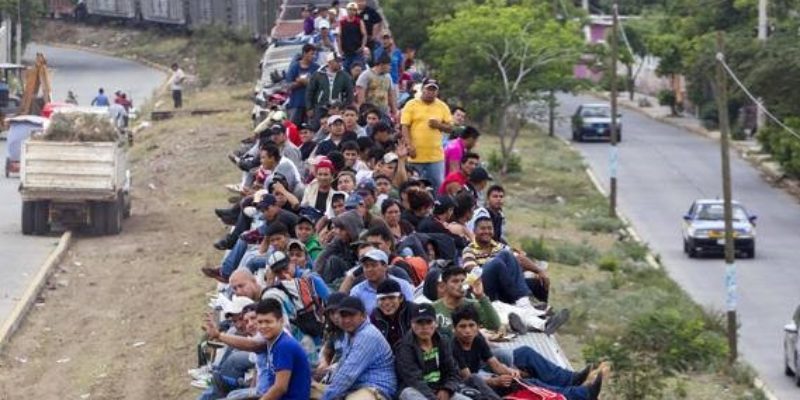 It seems that the southern border crisis is bringing Americans from the left and right to agree on one issue: deportations of illegal immigrants at the border should be sped up.

According to the poll, 53 percent of Americans “think that the legal process for dealing with Central American children who cross the border illegally should be accelerated, even if that means that some children who are eligible for asylum are deported.”

This majority compared to 38 percent of Americans who said they “support staying with the current policy, even though the process could take a long time and the children will stay in the U.S. in the interim.”

Deportations under current law for illegal immigrants from Central America is much slower compared to those from Mexico and Canada, thanks to a 2008 law which mandates that they be turned over to the Department of Health and Human Services instead.

President Barack Obama’s handling of the matter is not getting high ratings either.

Also, a majority of Republicans, Independents and Democrats believe the processing for deportations should be accelerated.

Most Republicans (60%) and independents (56%) think legal processing of the children should be sped up even if it means some children who are eligible for asylum are deported. Democrats are divided: 46% favor an expedited legal process, but about as many (47%) favor maintaining the current policy, though that might result in a lengthy legal process and a long stay in the U.S. for the children.

Interested in more national news? We've got you covered! See More National News
Previous Article VIDEO: Watch White House Struggle To Answer Question About Security On Southern Border
Next Article So, What’s It Like To Be In A Rocket Attack?