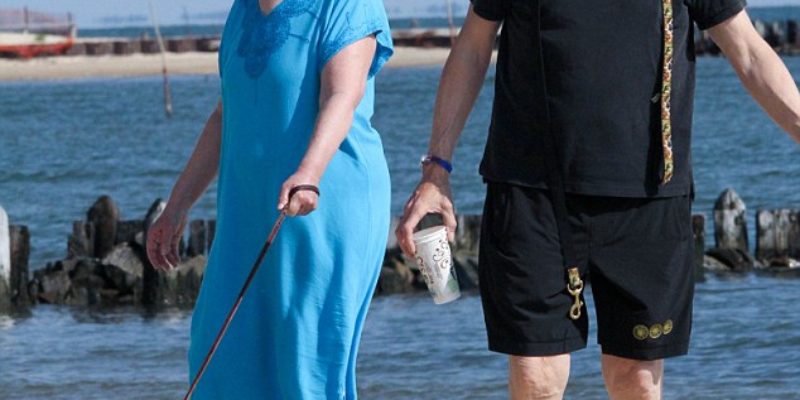 The former secretary of state and her former president husband took to the beach in the Hamptons (that place in New York where the elite vacation) to walk their dogs in very casual attire with their Secret Service Agents. The Clintons paying $100,000 to rent an $18 million five-bedroom property for three weeks. 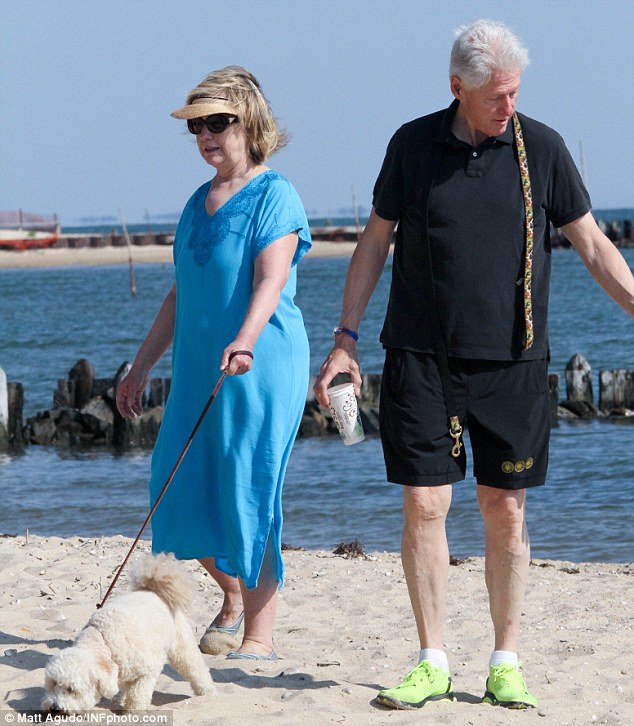 Though the photos of the two are quite hilarious, the comments of those who viewed the photos are even funnier. So here they are, the top 15 funniest comments about the Clintons’ beach/dog walk extravaganza:

“What is Hillary wearing? My guess would be the living room curtains.” -yougottobekidding

“I bet Billy Boy has even made a move on the dog.” -The_Master_Don

“He thinks he’s still sexy. She still thinks she’s always the smartest person in the room. They are perfect for each other.” -elvislives

“Yet one more beach that will have to be closed because of hazardous materials.” -Exaybachay

“The country’s not ready for cankles on the Resolute Desk.” -William Penn

“Nice to see Hillary “Help! I’ve fallen and can’t get up!” Clinton having a nice relaxing stroll out on the beach. She needs it after that disastrous term as Sec. of State.” -Alcheson

“I guess this photo-op is supposed to depict them as ‘normal’ people.” -CinqueIV

“Are we really expected to believe that Bill and Hillary are hanging out together except for a cheesy photo-op…..” -Havoc

“They look so old and fat and washed up.” -ProudlyUnaffiliated

“I never thought I would say this but Hillary should put back on the pant suit. And never expose any flesh below the neck line again, pleaz.” -jabberjaw

“The Democratic nominee for President is dressed as a Teletubby on vacation.” -Fido1

“How awkward is the life of a secret service agent.” -grizzzly

“Nothing wrong with a Mumu, or Kaftan as we call them, but for Heavens sake Hilary WEAR A BRA!!!!” -MOTHER

“Like a wreck on the side of the road.” -Steve McGee