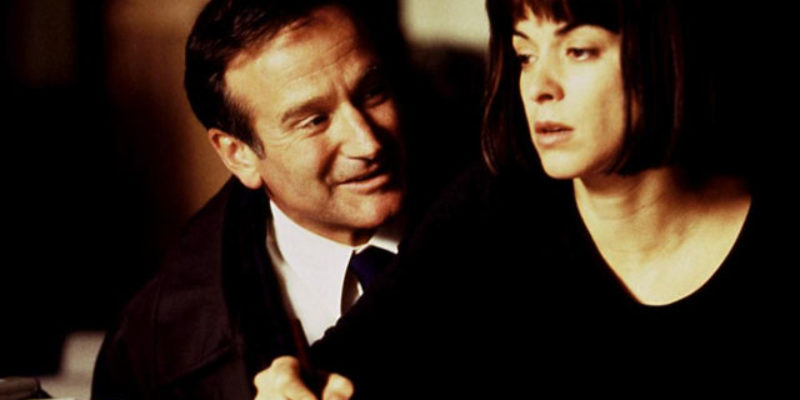 Everybody talks about Good Morning Vietnam, Good Will Hunting and Dead Poets Society as Williams’ best work as a dramatic actor while calling him the Funniest Man Alive in recognition of his comedic brilliance.

I always thought What Dreams May Come was his most underappreciated performance. It was an incredibly sad, and yet uplifting movie about a man suffering from incredible tragedy – the loss of his children – and how he fights for his wife after she is completely devastated by the death of their son and daughter. Then Williams’ character is killed in a car wreck and he finds himself in heaven (and director Vincent Ward’s vision of the protagonist’s heaven is one of the most intriguing in the history of film), but it’s not enough for him until he can get the wife, played by Annabella Sciorra, to join him.

But Sciorra’s character, overcome at the loss of her husband as well as her children, succumbs to grief and commits suicide. And in the afterlife portrayed in the movies, suicide begets Hell. Thus the climactic scene when Williams, who has made his way to the bad place to rescue her and reunite her with the rest of the family in heaven, realizes she’s too far gone to be saved…

Williams was 63. His loss has rocked the entertainment industry.

Interested in more national news? We've got you covered! See More National News
Previous Article FIREWALL: The Murderer In The Kremlin
Next Article BAYHAM: Death Of A Clown