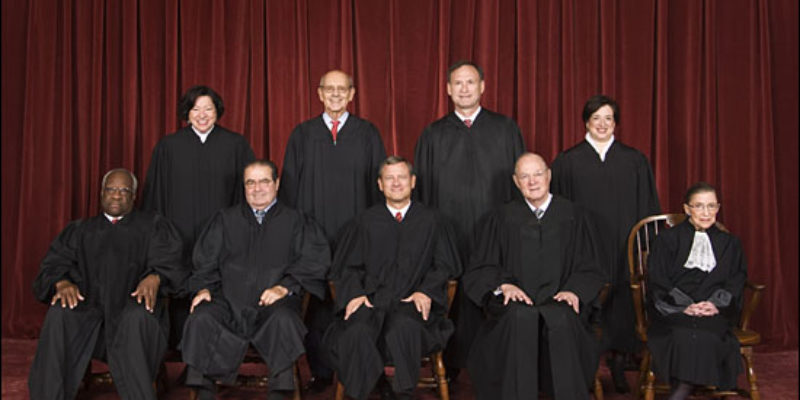 Obviously, people and companies should be held responsible for their actions when they harm others. The longstanding principle of “You broke it, you fix it,” is a common sense approach to resolving disputes on which we can all agree—even the lawyers.

But, should our civil justice system reward class-action litigants with payouts when many of the class members have not actually been harmed by the defendant?

That’s the question BP put before the U.S. Supreme Court in a petition filed late last week. At issue in the case is a section of the settlement agreement stemming from the 2010 Deepwater Horizon oil spill, which effectively says businesses don’t have to prove that the spill directly harmed them to be eligible for awards, only that they lost money after the spill and recovered in 2011. In other words, plaintiffs don’t have to prove what caused their loss; they just have to prove they had one.

Unfortunately, this arrangement has allowed far too many class members that weren’t directly impacted by the spill to unfairly profit from it.

According to BP, the court-appointed claims administrator Patrick Juneau has paid out hundreds of millions of dollars in compensation for claims that have “no apparent connection to the spill.”  Some of the most egregious examples cited by the company include a wireless phone provider who received more than $135,000 from Juneau’s office, even though its building burned down before the spill. Then there’s the Alabama construction company that was awarded $3.5 million, despite having sold nearly all of its assets in 2009.  Then, perhaps the most offensive of all, there’s the attorney who received a $172,000 award under the settlement, even though he lost his law license before the spill.  If that’s not an abuse of our legal system, I don’t know what is.

This issue seems pretty straightforward to me.  In fact, it is a question of honesty and integrity.   How can you possibly claim compensation for a loss you haven’t incurred?  Furthermore, if we disregard the basic principle of causation in litigation, I suppose any one of us could be sued for anything and found guilty at anytime without ever having harmed anyone.

Though some legal experts contend that the odds are slim that the high court will take up the appeal, there are a number of reasons why the justices should review the case.  As New York Times columnist Joe Nocera noted in his weekend op-ed, this case has implications that extend far beyond the oil spill settlement, and there are conflicting opinions on causation from different appellate courts around the country.  “The Fifth Circuit Court of Appeals ruled against BP, in a divided vote,” he wrote. “But other circuits have voted the other way in different cases — ruling that no matter what the terms of a settlement, no judge can approve it if there is no causal link between the class members and the accident itself.”

By weighing in on this murky legal question, the Supreme Court could inject some much needed clarity and common sense into the American civil justice system.  This is a perfect opportunity; let’s hope they take advantage of it.