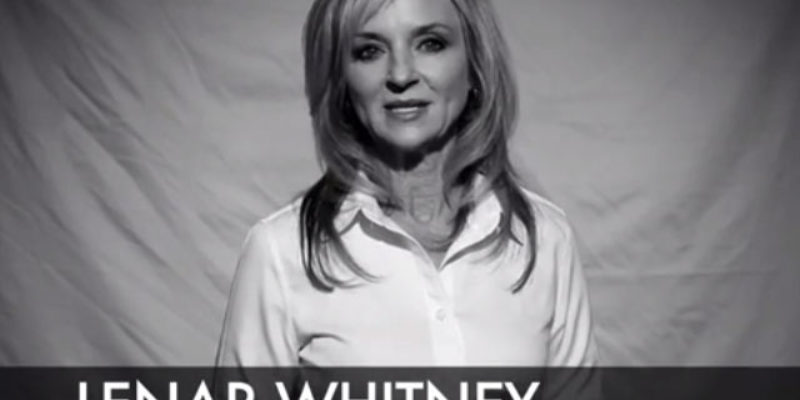 Lenar Whitney has a new commercial spot up on the air…

Chris Comeaux, Whitney’s media consultant, says she has four spots in the can and will be on the air until Election Day just like Garret Graves, who is expected to own the airwaves, will be.

Whitney’s campaign has been best known so far for the huge vertical yard signs depicted in the spot, plus the copious dropping of direct mail. So far, she – like Graves – still seems to trail a little behind Paul Dietzel and Dan Claitor among the Republicans vying for the runoff spot opposite Edwin Edwards in the 6th District race. Depending on who you talk to, however, that still appears to be very much a four-way battle anyone can win with six weeks to go.

Graves, of the four “major” candidates in the race, has another disadvantage of sorts. Last week the East Baton Rouge Republican Parish Executive Committee had an endorsement meeting and essentially endorsed everybody but Graves…

The Republican Party of East Baton Rouge Parish today announced the GOP is endorsing three of the nine Republican candidates running for Congress from the Sixth Congressional District to replace Congressman Bill Cassidy, who is running for the U.S. Senate.

Jenkins said the nine Republicans are an outstanding group of candidates and that almost any of them would be preferable to the leading Democratic candidate, former Gov. Edwin Edwards.

Endorsements by the GOP are made by the 17-member East Baton Rouge Republican Parish Executive Committee, or PEC, which is elected by the Republican voters of the parish during the Presidential Primary in March of each presidential election year. One member of the PEC is elected from each of the 12 Metro Council districts and five others are elected at-large parishwide.

The PEC has a rigorous system of evaluating Republican candidates who seek the party’s endorsement. Each candidate must submit evidence showing his U. S. citizenship, residency, and proof of degrees held and military rank achieved. The candidates are invited to speak at the Ronald Reagan Newsmaker Luncheon, answer an extensive questionnaire, and appear before the Parish Executive Committee to answer questions.

Jenkins is serving a four-year term as chairman until March 2016.

One insider we talked to said the three-way endorsement, which is somewhat peculiar – a double endorsement isn’t all that unusual but a triple endorsement almost never happens and it works more as a repudiation of those not being endorsed than an actual endorsement – is tantamount to an endorsement of Whitney since an endorsement of Claitor or Dietzel would have been expected and unlike them she’s not from Baton Rouge.

Interested in more national news? We've got you covered! See More National News
Previous Article Finally, Some Smart Messaging From The Conservative Side
Next Article Vance McAllister And His Wife Talk ‘Smoochgate’ In First TV Ad