You may remember when Landrieu actually voted against amnesty on camera, then when the cameras were off, secretly switched her vote to support an amnesty measure that allowed executive-granted amnesty to illegal immigrants. Here’s that photo: 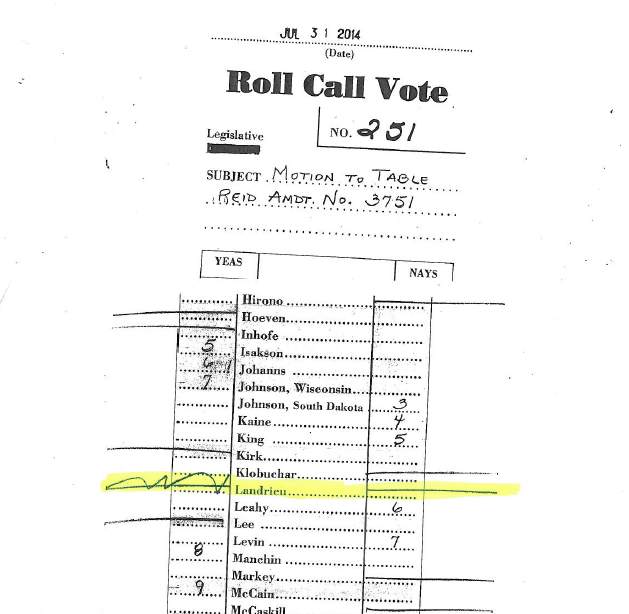 Interested in more national news? We've got you covered! See More National News
Previous Article Rasmussen Has Landrieu Down To 41 Percent In Latest Poll
Next Article The YouGov Poll In Louisiana Has Startlingly Bad Numbers For Landrieu