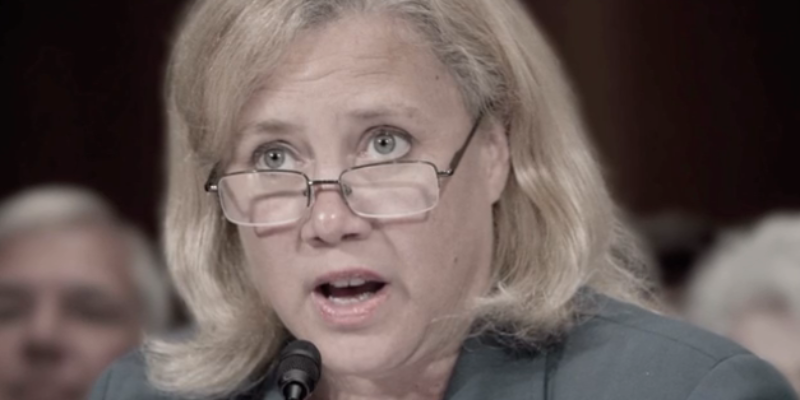 First, 41 percent for an incumbent is a desperately poor number. It’s an indication that Landrieu’s ceiling is descending, and that was already a big problem for her. Previously that ceiling was somewhere slightly north of 45 percent, which was far too low for her to survive a December runoff with Cassidy.

Now, if that ceiling is descending to something slightly north of 40 percent, she’s running out of avenues to victory. If Landrieu is really getting 41 percent, Cassidy merely needs to convince one-third to one-half of Rob Maness’ voters, which is most of the “some other candidate” figure of nine percent, and one-third to one-half of the six percent that is undecided and he wins this in November.

And second, while Maness’ supporters might well decry Rasmussen’s refusal to use his name in this poll, what it shows is that he’s nowhere near the 15 percent that sketchy Senate Conservatives Fund poll said he was last month. Yes, it would have helped if the poll had named him – but if you want to take that to mean he would have done better than nine percent, you’ve got to remember there are six other candidates on the ballot and some of them are going to get votes in numbers significant enough to pull at least two to three points combined.

So while Maness might account for a piece of that six percent undecided, he doesn’t account for all of the nine percent “some other candidate” number. And as Election Day gets closer and this vaunted Maness surge doesn’t actually materialize, some portion of Maness’ support will fade away as his voters decide they’re wasting their vote by going with him. Whether that’s right or wrong, it’s inevitable.

If you’re Cassidy and you believe these numbers, two things are true. First, you need to continue finding hooks into Maness’ vote without actually trashing Maness – and that’s delicate work since Maness doesn’t seem to have a problem spending most of his time trashing Cassidy. You’ve got to find ways to show yourself as a principled conservative and in particular to highlight areas where even the most obtuse voters can see an ideological or philosophical difference between you and Landrieu. And there are lots of those to pick from; you’ve just got to be effective in presenting the ones you choose.

And second, drain Landrieu’s base. Cassidy needs to find ways to show Landrieu isn’t the friend of oil and gas she claims to be. He needs to let the white Democrats she can’t win without but who are steadily streaming out of that party because of issues like guns and abortion see her record on issues like those. And he really ought to play on the residency angle – but not by trying to get Landrieu off the ballot. In fact, Cassidy probably ought to denounce the efforts to do so by saying something like “the voters get to decide if Landrieu is qualified to represent us in Washington, and I’m not about to deny them the opportunity to make their views known – particularly when I’m so confident in the result.” If he follows that up with messaging not dissimilar to the devastating ad American Crossroads put together painting Landrieu as a creature of Washington and AFP’s ad about Landrieu’s DC mansion – we keep calling her Mary Antoinette around here – then he can use that issue against Landrieu to depress turnout among a lot of the poor people she has owned in previous elections.

If he’s able to do those things, Cassidy has the ability to wrap this race up in November before needing to go to a runoff. But if Landrieu is really down to 41 percent, and she’s got to bring home some two-thirds of the 15 percent currently undecided or going to third parties to survive in December, the eventual result is inevitable.