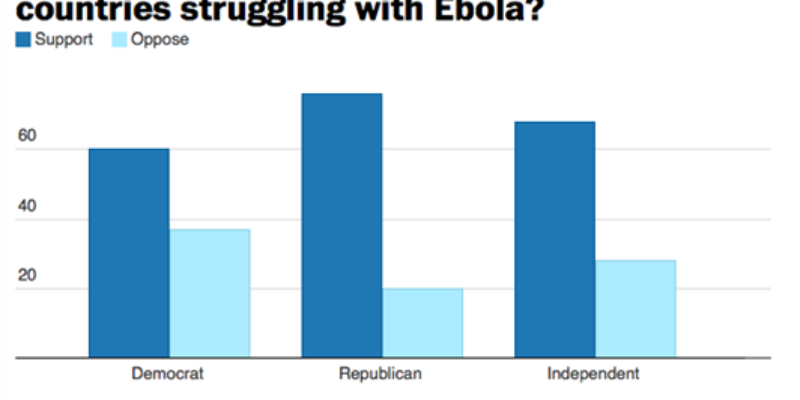 Conservative Texas Sen. Ted Cruz is requesting that the Obama administration give the American public what they want: a travel ban to all countries struggling with the disease known as Ebola.

In an interview with the Dallas Morning News, Cruz said this: “Common sense dictates that we should impose a travel ban on commercial airline flights from nations afflicted by Ebola. There’s no reason to allow ongoing commercial air traffic out of those countries.”

The idea of flight restrictions is not a conservative one, it is actually a bipartisan effort which a two-thirds majority of the public agrees on. Here are the numbers from the latest Washington Post/ABC News poll: 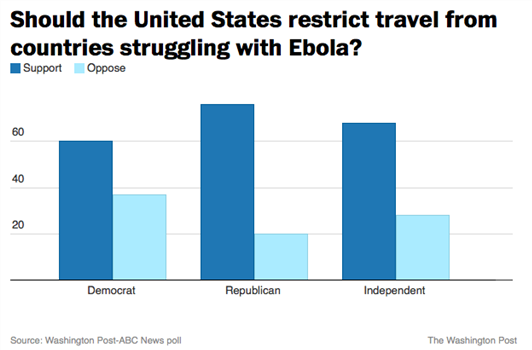 But for Obama, a travel ban would allegedly make the outbreak worse and is not even on the table. Try to somehow make some common sense out of that. Chances are, you can’t because it does not seem to make any sense. And the administration says that a travel ban is not being discussed because the disease needs to be “stopped at the source.” Again, not too much sense here. Watch the White House explain their odd take on Ebola:

However, while the American public will not get Ebola protections from this administration, the military certainly will.

CNN reports, “In an unprecedented move to protect U.S. troops that might be exposed to Ebola, U.S. military commanders are being given the authority to quarantine troops for 21 days at a Defense Department facility where they will be monitored for signs of the disease and treated if they do contract the virus, a Defense Department memo explained.”

Interested in more national news? We've got you covered! See More National News
Previous Article VIDEO: Hillary Clinton States The Obvious About Ebola
Next Article JINDAL: Where The Heck Is The Travel Ban?