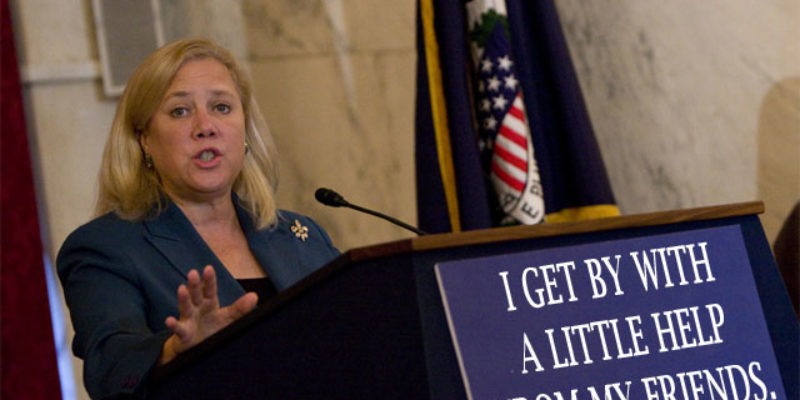 In truth, a vote for Mary Landrieu for re-election should be easy for Louisianians  — Democrat, Republican or Independent.

She understands what our communities need to thrive — from the ports and oil fields in South Louisiana to the cybersecurity corridor along Interstate 20 in the north. She has shown time and again in the past 18 years that she can get things done for her state despite a divisive Congress.

She is a passionate advocate for Louisiana who cares deeply about its people. She has been beside us during our most difficult moments and empathizes with our hardships. She is a leader whose her heart is clearly in her work.

The choice is obvious: Mary Landrieu for Senate.

We’re too lazy to look this up, but we’re pretty sure Mary Landrieu has never run for political office without getting the endorsement of the Times-Picayune.

The endorsement the paper gives borders on the farcical. It swallows, hook, line and sinker, the Landrieu campaign’s narrative of how much free stuff from the government she has brought home to Louisiana without which the state would be destitute, the palpably untrue claim that she is somehow a moderate voice in the Senate and…this:

It is no wonder that prominent conservative business leaders in Louisiana like Boysie Bollinger are supporting Sen. Landrieu. They recognize her effectiveness and the importance of seniority in the Senate.

But everybody should vote for Mary Landrieu because Boysie Bollinger says so? The guy she has over a barrel?

It would have been less laughable if the Times-Picayune’s editorial board would have just said “The majority of us are Democrats, and so we’ve decided to endorse the Democrat incumbent senator for re-election.” That would have been more honest and thoughtful than to basically let Ryan Berni write up some endorsement copy and sign on to it, which is what this reads like.