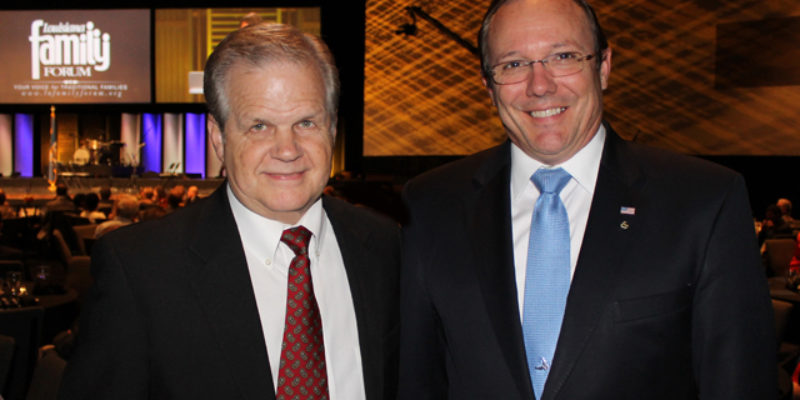 From a press release that just hit the inbox…

Jenkins said, “Based on my personal knowledge of the candidates, their philosophies, and their voting records, Col. Maness is the outstanding choice. He is a true conservative, a real leader, and an articulate spokesman for the free enterprise system, a strong national defense, controlling illegal immigration, the right to life, and adherence to the Constitution. I am impressed by his service to our nation as a B-1 bomber aviator and wing commander and by the outstanding, positive campaign he has run. He is exactly the kind of leader we need in the Senate today, and I am confident that he will make a real difference in the Senate if elected.”

Jenkins said Maness has developed an organization in every corner of the state, has raised nearly $2.5 million, has more than 30,000 individual donors, and has more than 500 volunteers working on the ground.

Jenkins said he respects the other Republican in the race, Congressman Cassidy, but he believes Maness is the best choice for conservatives Nov. 4, will be the strongest candidate against Mary Landrieu in the Dec. 6 runoff, and has the best leadership capability to influence the Senate and the nation.

In the runoff election, Jenkins was leading in the exit polls on election day. Just before midnight, he was ahead by 95,000 votes when a surge of more than 143,000 votes came in late from New Orleans, leaving Landrieu with a 5,800-vote victory. In the final results, Landrieu had 852,945 votes to Jenkins’ 847,157 votes. Jenkins’ vote ran 135,000 votes ahead of Republican Presidential nominee Bob Dole’s vote in the state. Dole received 712,586 votes against President Clinton who received 927,837.

Because of reports of election fraud in New Orleans, the U.S. Senate Rules Committee conducted a year-long investigation of the election. Jenkins claimed vote-buying, multiple voting, mismatched signatures on the voting registers, and numerous illegalities resulted in more than 35,000 illegal votes being cast. However, the committee ultimately decided that while election fraud did occur, they could not determine whether it was sufficient to have changed the results of the election.

Jenkins served in the Louisiana House of Representatives from 1972 to 2000. As a delegate to the Constitutional Convention in 1973-1974, he drafted much of the Declaration of Rights of the current Louisiana Constitution. A lifelong journalist, he is editor of the Capital City News and Central City News in Baton Rouge.

Except for the election of David Vitter to the Senate, Jenkins’ percentage in the 1996 election is the highest by any Republican running for the Senate in state history.

We’d heard this was going to happen for some time – specifically that there is apparently a majority on the Parish Executive Committee for the East Baton Rouge Republican Party (that Jenkins chairs) which wants to endorse Bill Cassidy, but Jenkins had been stalling a vote on the issue because he hadn’t finished the candidate questionnaires. Jenkins’ candidate questionnaires are notorious for taking a week to complete, so having not completed one to send out this late is an assurance that there would be no PEC endorsement.

And some of the members of the PEC were not the least bit happy about that. Now that Jenkins has come out with the endorsement, the cat’s out of the bag.

Is this a consequential endorsement? Well, we’ll find out in 11 days. If Maness polls in double figures in East Baton Rouge Parish, it could be said that the endorsements of Jenkins and Tony Perkins might have had a hand in helping him. If not, well…